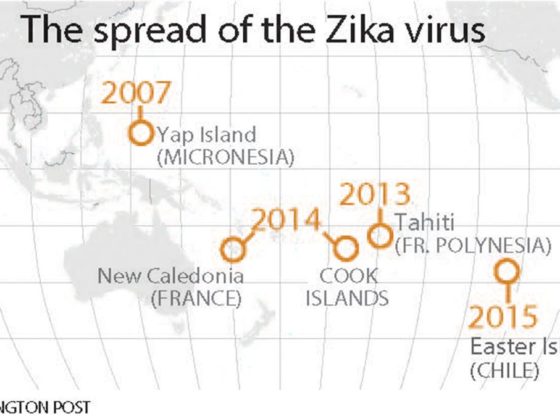 The Zika virus, which is new to the Northern hemisphere, is most prevalent in South American countries. It has been brought to New York by several people who have recently traveled out of the country.

The virus, which proved obscure to most people, is in the family of the more familiar dengue, yellow fever, and West Nile viruses.

The mosquito-born illness is most dangerous for pregnant mothers because it can cause severe fetal brain damage, according to Dr. Richard Besser, an ABC News Medical Correspondent.

Symptoms of the illness include rash, fever, joint pains, and red eyes.

The outbreak is on the rise in New York City. One week ago, only three New Yorkers tested positive for the virus. As of two days ago, four had tested positive, and as of today that number has risen to five.

Until recently, almost no one in this country has been effected by the virus. Within the last few weeks, however, 31 people in the U.S. have been infected.

The CDC says that there have now been reported outbreaks of the Zika virus in 24 countries across the globe. The virus’ flare-up comes in the wake of the recent Ebola outbreak that killed almost 5,000 people worldwide.

The biggest problem with the virus is that it is hard to diagnose, and no test exists to specifically identify it. Symptoms often present themselves as a “silent infection,” as the New York Times notes, and are difficult for even the patient to notice. 80 percent of those affected do not even exhibit symptoms.

The CDC advises that any pregnant women who have recently visited a country with a reported case of the virus should immediately get an ultrasound and submit themselves for bloodwork.