“You May Say I’m a Dreamer”. The power of music and the memory of John Lennon

Home /News, Opinion/“You May Say I’m a Dreamer”. The power of music and the memory of John Lennon 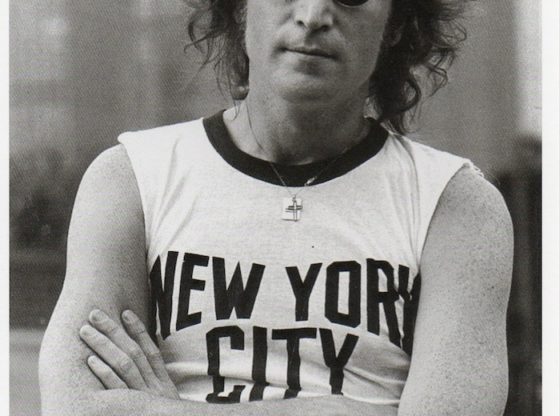 Last Sunday, December 8, marked the 39th anniversary of the assassination of one of the most celebrated and controversial singers in music history: John Lennon.

That night John, together with his wife Yoko Ono, was coming back to his apartment at the Dakota building, just a few steps away from West Central Park, when a man called Mark Chapman shot him five times.

John was immediately rushed to Roosevelt Hospital on West 59th Street, but nothing could be done to save him, and at 11.15 pm he gave his last breath.

According to the surgeons and other witnesses, a Beatles song, “All My Loving”, came over the hospital’s sound system at the sad moment John was pronounced dead.

In April 1981, the city of New York decided to dedicate a small piece of Central Park to the British artist called “Strawberry Fields”.

It is named after the Beatles’ song “Strawberry Fields Forever”, in which John happily recalls the places of his childhood in Liverpool, England.

Many years have passed since that tragic event, but still, many people, adults and also young boys and girls who weren’t even born that day, pay a visit to the artist that may have changed their life, or simply to a man, brutally killed while exhorting peace and love to the world.

Gathering around the splendid mosaic at the center of the memorial (a circle with a single word, the title of John’s most famous song, “Imagine”), it is difficult, even for a passer-by, to hold back the tears and be indifferent to the atmosphere of gratitude and respect that surrounds the entire area.

And while a street artist concludes his personal version of “Here Comes the Sun” and, under the requests of the people gathered, starts with the first chords of “All You Need is Love”, the question arises: Why all this loving and gratitude after so many years? What has John left us?

I wasn’t there when “Imagine” was released and elected the second-best song of all times (just after “Bohemian Rhapsody” by Queen).

I wasn’t there when the family of another talented artist sadly passed away, Kurt Cobain, decided to play John’s “In My Life” at his funeral service.

I wasn’t there when the Beatles played their legendary last concert on the rooftop of the Apple Studios in London.

What John has left to us, his message of peace and love, has to do with the wonderful power of music, that travels across generations and generations, bringing the same message reinvented a hundred times, healing our inner wounds, and giving us hope for a better future.

This is the last picture that we have of John.

It was taken by an amateur photographer and Beatles fan called Paul Goresh and portraits John signing an autograph for a fan.

That picture was taken on December 8, 1980, and that fan is Mark Chapman, the one that a few hours later would kill that same man he was looking with such admiration.

Goresh could never have predicted the impact that flash-lit picture was to have in his life.

Through the power of music, the words of John Lennon will remain in our memories, and maybe one hundred years from now there will be still some people, gathered at the “Strawberry Fields Memorial” asking a street artist to play “All You Need Is Love”, being a little part of that dream that John had for the world:

“You may say, I’m a dreamer,
but I’m not the only one,
I hope someday you’ll join us,
And the world will be as one.”