YOU CANNOT BE SERIOUS – MCENROE TO COACH SFC 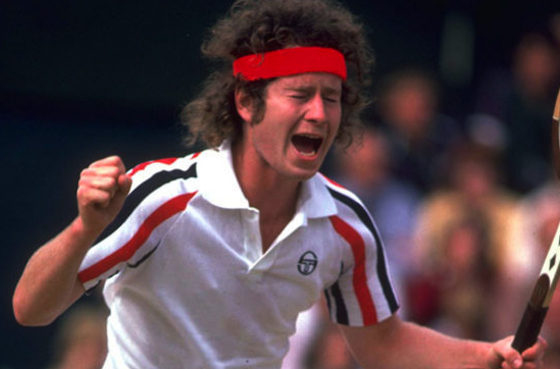 April 1 — Tennis legend John McEnroe and St. Francis College came to an agreement on a two-year deal that makes McEnroe the new tennis coach for SFC.

McEnroe, one of the all time greats, has come out of retirement not only to do something for youth, but also to increase the popularity of tennis in Brooklyn.
“Being from Queens, there weren’t too many kids interested in tennis,” McEnroe said.

“Hopefully I can put together a championship tennis program here at St. Francis and in doing so will spark tennis interest in the school.”

McEnroe was world number 1 in the 1980s but the Irish-American was just as famous for his profanities and temper on the court as he was for his sublime serve-and-volley game which took tennis to a new level.

The British tabloid newspapers called him “Super Brat” and “Mac The Mouth.” From McEnroe, F-bombs were lobbed across the net just as often as his forehand or backhand winners, which was often.

McEnroe famously told one umpire at Wimbledon: “You guys are are the pits of the world,” after a bad call and screamed: “You cannot be SERIOUS!” and this became he catchphrase.

Students in school are excited to see what happens in the upcoming season, and the Franciscan Brothers who take confession have set aside extra time in expectation that McEnroe may feel the need to pay penance for the expletives that may accompany his training sessions.

Manny St John, a student said, “Johnny Mac at SFC, this is f***ing great. I wish I wasn’t graduating so I could meet the legend.”

McEnroe will take up his role in May for off season workouts. He hopes to take this average program and take them to the next level.

“Look, even Scotland has a top three tennis player now in Andy Murray,” said McEnroe. “Murray has beaten Federer and Nadal several times. If one of the unhealthiest countries in the world can produce a talent like Murray, then surely Brooklyn can provide some future players, no?”