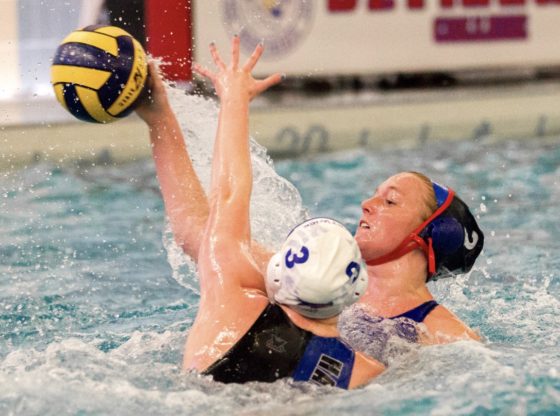 The St. Francis College Women’s Water Polo team will head to California on March 1st to compete in the Claremont Convergence Tournament.

The tournament will be contested in both Pomona and La Verne California.  The Terriers will face off against University of Redlands, Caltech, Concordia University (Calif.), and Chapman University during the two day tournament taking place on Friday and Saturday.

In addition to those four tournament games the Terriers will be competing against La Verne on Sunday in a non-conference game.

This is the last weekend before MAAC conference play begins on March 10th with the team scheduled to play against Villanova on Saturday morning.

The Terrier’s sole goalie, junior, Ashley Harp, stated “This is our last tournament before we start playing conference games.  I think the biggest thing we will take away from this tournament is getting more comfortable with each others playing styles.”

She continued to say, “We would all like to win these games in California but we also need to focus on who has better chemistry in the water with who and capitalize on that to the best of our ability.”

The team’s chemistry will serve as an asset as they move into conference play in the following weeks.

When asked about the team’s chemistry and how it would help them this season, sophomore and team captain, Claire Mueller said, “Our team chemistry is unlike any we have had in years! So far, this season has been extremely productive and is progressing quickly as we enter our tournament in California.”

She also added “a significant turnaround has changed our team dynamic which has brought us closer together not only as individuals but also as a unit.  The positive adjustment in the team’s commitment gives us the perfect opportunity to capitalize on what each individual can bring to the team.”

The future of this season looks positive for the St. Francis College Women’s Water Polo team.  The combination of talent and chemistry on the team will lead them far in the the 2018 season.