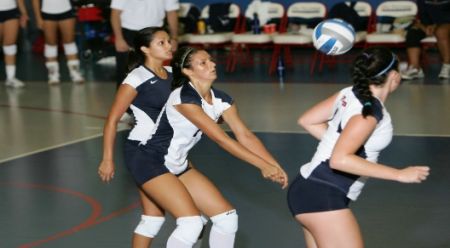 Despite a strong start, the St. Francis College women’s volleyball team could not hold their lead as they were swept by Quinnipiac University 27-25, 26-24, 25-23.

This is the 19th consecutive loss for the young St. Francis team that has no seniors and only three juniors.

The Lady Terriers began the first set with a 7-1 lead, including a 5-0 run while junior Marina Georgieva was serving.

St. Francis would continue to hold the six-point lead midway through the set until Quinnipiac rallied, going on a 5-1 run that would cut the Lady Terriers lead to 15-13.

The Lady Terriers fought to hold their lead, but another 5-1 run by Quinnipiac ended the first set, giving the Lady Bobcats the opening set 27-25.

The two teams found each other in a stalemate in the second round.

There were a total of 17 tie scores and seven lead changes. Quinnipiac was able to score the final three points of the round to give them a 2-0 edge.

Quinnipiac took control early in the third set with a 13-7 lead but a late rally led by freshman Jayma Copeland cut the Lady Bobcats lead to 21-20.

During the 4-0 run, Copeland scored three points including two kills. Quinnipiac was able to hold off St. Francis to take the final set 25-23.

Georgieva scored a game-high 18.5 points and the Lady Terriers out-dug Quinnipiac 48-36, however, Quinnipiac outblocked St. Francis 8-3 and had 11 aces on a serve.