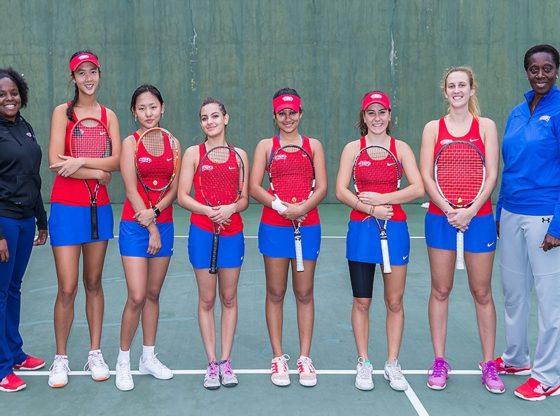 The St. Francis College Women’s Tennis team heads into Northeast Conference Championships this weekend having won 3 out of their last 5 matches.

The team won their third straight match on April 12th when they beat Rider University 5-2.

They won five of the six singles matches to pick up their third consecutive win and fourth victory of the season.

The hot streak started on April 8th when the team defeated Monmouth University 5-2.

Head coach Alicia Browne Stated: “I am very proud of the ladies as they all fought hard, we are very pleased with the results of the match and continue to improve.”

The team continued their winning streak on April 11th when they defeated the University of Maryland-Eastern Shore 6-1.

The streak came to an end on April 14th when the team dropped their match to Fairfield University followed by a loss to Delaware State on the 15th.

The team, who is currently seeded 8th, will take on the number 1 seeded LIU Blackbirds in the opening round on Friday.

Under the Influence – How the Beatles Influenced the Rolling Stones
Is it okay to snoop through your partner’s phone?