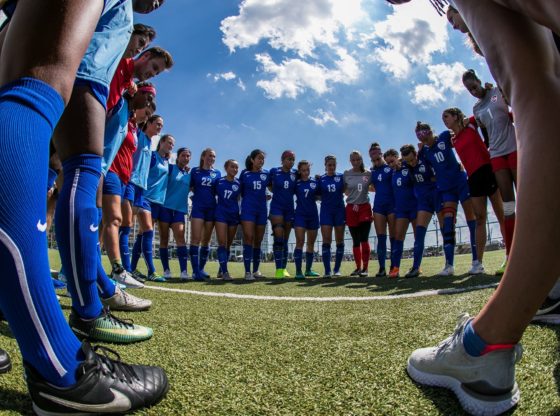 Josh Lynch — In just their second game of the season, the Terriers came up short again.

It was a tough outing for the St. Francis Terriers women’s soccer team, as they were pummeled by a Rider Broncs team 0-2 Wednesday night at Ben Cohen Field.

Broncs’ Niamh Cashin and Hailey Russell would each score goals — both in the second half to give their team the lead for the rest of the night.

The Broncs are now 2-0 for the season, as they were able to find a way to hold off a close one against Wagner University on August 23 at home.

As for the Terriers, The loss now puts them down 0-2 for the season, as they will look to revive themselves for a win at Farleigh Dickinson on September 1.