WOMEN’S BASKETBALL OPENS UP SEASON WITH A WIN AT UPENN 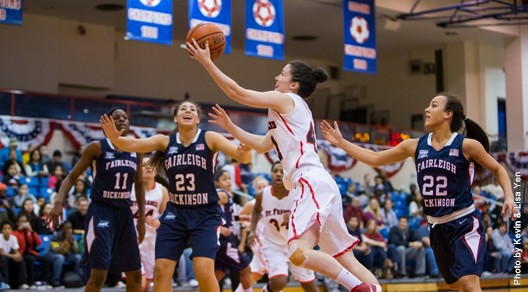 The St. Francis Brooklyn Women’s Basketball team opened their season with a win against the University of Pennsylvania 56-51 on Saturday, Nov. 9, 2013.

This leaves the Terriers 1-0 so far in their season.

Leading the Terriers was Jaymee Veney with 14 points. Jessica Kaufman and Eilidh Simpson added another 13 points each.

The Terriers are back in action for their home opener on Monday Nov. 11, 2013 against Army.