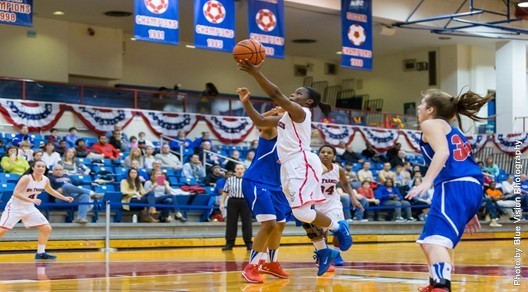 This leaves the Terriers 4-1 overall and the Highlanders 1-6.

After a tough first half, the Terriers were able to take the lead.

Leading the Terriers in points were Jasmin Robinson with 13, Leah Fechko with 12, and Jaymee Veney with 10.

Veney also lead the Terriers in rebounds with five offensive and three defensive.

Early in the first half, Eilidh Simpson and Veney collided. It took Simpson a while to get off the floor.

After the Athletic Trainer checked her, Simpson sat for the rest of the half.

At the start of the second, Simpson was back on the court and finished the game wth eight points and two rebounds.

The Highlanders had two players in double digits. Both Uju Nwankwo and Shakia Robinson had 13 points.

The Terriers head to Miami this weekend to participate in the University of Miami tournament. The first game is Nov. 29, 2013 at 1 pm.