Women’s Basketball Defeated by the Mount 62-67 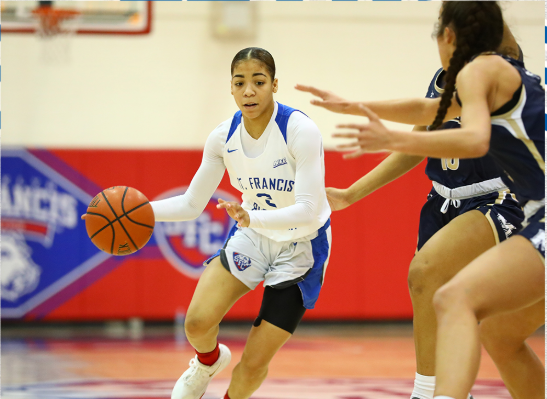 The Terriers are currently in 10th place in the NEC. They must better their standing in the their remaining seven games if they intend on making it to the NEC Tournament as only the top eight will make it to the playoffs.

In the third quarter, the Mountaineers went on a 13-4 run, extending their lead to double-digits, 31-41. On a 6-2 run the Terriers would cut the lead to six, 37-43, however the Mountaineers would yet again their lead to double digits. Cayln Richardson with a three-pointer would hit a buzzer-beater to bring the Terriers seven points away from tying the contest, 42-49.

Redshirt junior guard/forward led with 15 points in 32 minutes. She also finished with seven rebounds, three assists, one block, one steal, scored two of three attempted three-pointers, and landed five of six shots at the free-throw line.

Freshman forward Jenna Jordan finished with her second career double-double in 33 minutes. She finished with a career-high of 16 points, 13 rebounds, and landed six of eight shots at the free-throw line. Jordan also assisted in one basket.

Freshman guard Cayln Richardson finished with a career-high of nine points, four rebounds, one block, and three steals in 30 minutes. She also assisted in three baskets and scored one of three attempted three-pointers.

The Terriers will be back in action on Monday, February 10, as they take on the Bryant Bulldogs at the Chace Athletic Center in Smithfield, Rhode Island. Game tips off at 7 p.m.