Will Nintendo Make the Switch? 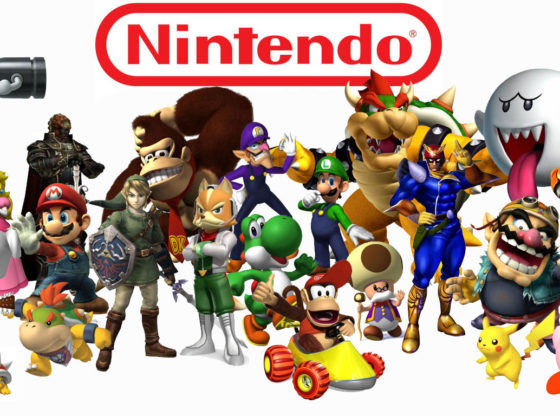 As a five-year-old, I still remember turning on my Gameboy Color putting in my copy of Pokémon Blue and hearing that iconic intro theme being played. That brings me back to simpler times, back when Nintendo was king.

The Nintendo Company is a Japanese multinational consumer electronics and video game company. Who’s best known for iconic video games, such as Super Mario, The Legend of Zelda, Pokémon, and Super Smash Bros.

When I was a child Nintendo was the king of video games they had the market cornered releasing handheld consoles like the Gameboy, and having a Nintendo 64(N64) on the way with its 3D graphics, which no other company has done before. They were ready to make millions. As a gullible five-year-old, I wanted them both, which I got, and it also helped that I am an only child.

For a long time, competitors like Sega and Atari couldn’t keep up with Nintendo’s powerhouse of video games. They were selling like wildfire. That’s when Nintendo in 1988 wanted to move into changing the game once again by teaming up with a little-known company by the name of Sony.

Sony Corporation is a Japanese multinational conglomerate corporation that is headquartered in Tokyo. Its diversified business includes consumer and professional electronics, gaming, entertainment, and financial services.

Sony wanting to break into the video game market teamed up with Nintendo because they were the most successful company in the industry. So, both companies started to develop a console that could both play Nintendo’s signature cartridges and play CD’s.

The console would be named The Nintendo Play Station Super Disc, but due to licensing disagreements between both companies. Nintendo decided to team up with Sony’s rival Philips to produce the SNES-CD add on instead. After that Sony used the technology that they had patented to create the PlayStation to compete with Nintendo.

Then a few years later Microsoft like Sony decided to cash in on the video game industry and made the Xbox compete with at this time with the Nintendo GameCube and the PlayStation 2.

Since then Nintendo has not been the king of video games they have fallen in both in sales and interest. They have always strived to innovate the industry by coming up with different and creative ideas, like the Wii’s motion control and the Wii U’s tablet screen, but when everything’s said and done Microsoft and Sony are leading in both sales and units sold.

As a long-time Nintendo fan, it hurts me to see that one of the companies that I love and have fond memories using their products is a shadow of its former self. I know many of the first-party titles that they produced like Super Mario and The Legend of Zelda are directed towards children, but I want Nintendo to branch out and acquire more titles from other game developers like Electronic Arts(EA), Activision Blizzard, and Ubisoft.

Only now Nintendo has started to move away from their own consoles and make games for other mobile devices like Super Mario Run, and Fire Emblem Heroes. But over last summer, it was rumored that Nintendo was developing another new game console.

Then at the Electronic Entertainment Expo (E3), which lets video game companies reveal all of their upcoming projects, Nintendo announced that they had a new project in the works called the NX.

Many people including myself thought maybe this might be a new console in the works. Then on Fall 2016, the NX was revealed to be the Nintendo Switch, with a flashy new trailer showcasing a very intriguing lineup of games, like Elder Scrolls V Skyrim, and NBA 2K 17, this shocked fans.

Nintendo hasn’t been able to acquire third-party games in such a long time, so seeing this trailer made me excited for the new system: The Switch. It looks like a tablet with two removable controller parts, which allows multiple players to play at the same time.

At a press conference in early Winter 2017 Nintendo released all the details about the Switch like it’s pricing, starting at $300, and the games they have lined up for it. Nintendo even revealed the Switch’s release date, which was March 3, 2017.

The unique feature of the Switch is that you can play it on your TV and on the go. This is an interesting twist because a lot of people like to keep playing games while their TV’s are off, hence everyone’s love for Candy Crush-like games.

“The Nintendo switch is quite possibly the most interesting concept for a home console”, said Genc Kukaj a long-time Nintendo supporter, “It (The Switch) will either take Nintendo out of its funk caused by the unwelcomed years of motion controls or will crash and burn depending on how the games themselves play in the coming years.”

Before the release of the Switch, there was a video debut on YouTube that showcased peoples’ Switch’s being broken just a few days after the launching of the console. This is a concern and may dissuade customers. “The issues people are reporting online with faulting consoles is alarming but mine hasn’t had any issues so I pray its only selective cases and not an Xbox 360 red ring fiasco”, said Kukaj.

In which the Xbox’s would all break after years of playing with them. “I feel that if Nintendo can make good decisions in the coming days and go through with their promise of the third party support the switch will be one of Nintendo’s best gaming consoles”, said Rayan Zebib a Nintendo Fan. If Nintendo can keep the pace up, they can change the image from being a backseat driver in the video game world, to finally switching it up.

How Voting Habits Played a Role in the Election
Our Greater, Forgotten War