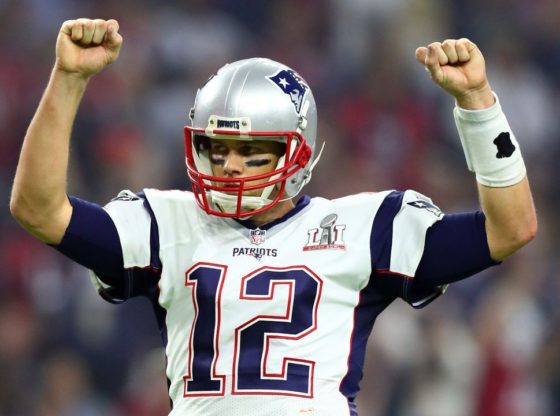 New England Patriots Quarterback Tom Brady has five Super Bowl rings, more than any other Quarterback in NFL history. He is additionally a four-time Super Bowl MVP winner, winning the award more than any other player in the history of the championship game. Many regard him as the greatest football player of all time. However, critics of his have recently listed signs to imply that the Quarterback may not still be the player he was five years ago.

Brady, nicknamed “Tom Terrific” early in his career for his clutch play, recently turned 40 this past August, the age at which many people think the average NFL Quarterback begins his decline. Despite helping his team come back from a 25-point deficit to win Super Bowl LI in February at age 39, Brady found his 2017-2018 NFL Season starting at record of 3-2. The Patriots managed to only lose two games all of last year, and they matched that by the fourth week of this current season.

However, Quarterback Tom Brady has still played incredible football, especially considering his age. Take a look at his stats through the first five games of this current NFL season:

Brady’s not only averaging 2.2 TDs per game, but he’s also restrained himself to throwing an interception at an average rate of once every five games. Brady’s first interception of the season against Tampa Bay last night came after 265 pass attempts, and it came before he rebounded with a 5-yard touchdown pass to Chris Hogan late in the first half.

The New England Patriots have a sketchy defense right now. They’ve allowed an average of 447.2 yards per game and 142 total points over the first five games of this season, ranking dead-last in both of those categories. In terms of why the Patriots have struggled this season, their defense can be considered as one of the top reasons.

Anyone claiming Tom Brady is “washed up” should watch his last five games. He isn’t always perfect, but he’s never terrible. Sure, the Patriots’ offense has not finished all of their drives with that signature touchdown, but they’ve tallied up the most average yards per game (419.4) and scored the most total points (148) of all NFL teams as of Week Five. All of these prestigious statistics would not have been accumulated without the help of Brady’s recent play. This season, he’s shown that he can still make those solid throws while facing high pressure in the pocket, and displayed that he can still make smart decisions overall.

Tom Petty: A Memoriam
REVIEW: The Beatles – Album Reviews for the Modern Listener