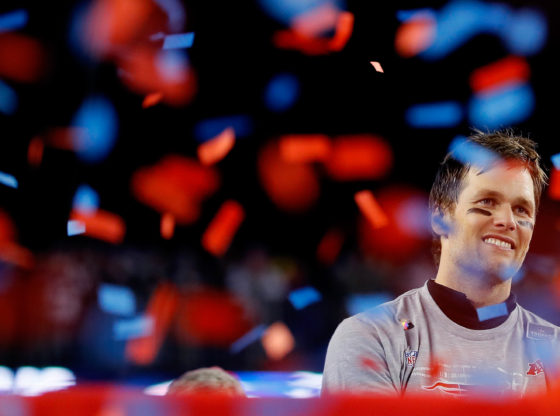 A few months ago, an SFCToday article was written entitled “Why He’s Still “Tom Terrific”” about why New England Patriots Quarterback Tom Brady is still playing at an elite level despite his age and critics. The best method to reinforce this claim made during the 2017-2018 Regular NFL Season is to present Tom Brady’s 2017 Postseason statistics:

As you can see, Brady was undoubtedly clutch in the 2017 NFL Playoffs and proved that he could still put up impressive numbers even at the age of 40, a stage of life which many football analysts claim is the cutoff point for a Quarterback’s success. Tom Brady just helped guide the Patriots to their third Super Bowl in four years for the second time in his illustrious 18-year career, and recently aided the team to victory in both Super Bowl XLIX and Super Bowl LI in 2015 and 2017, respectively. In the 2017-2018 Regular Season, Brady compiled a 66.3% Completion Rating, throwing for 4,577 yards, 32 TDs and 8 INTs. As a result of his excellent stats, Brady earned the 2017 NFL MVP, winning the award for the third time in his career. In the 2017 NFL MVP race, Brady received 40 of 50 votes. Brady is the oldest MVP in league history at 40 years and 184 days, despite the inaugural award being dated all the way back to 1957. Brady now has earned thirteen Pro Bowl trips, eight Conference Championships, three First-Team All-Pro appearance, three Regular Season MVP wins, four Super Bowl MVP Awards and five Lombardi Trophies.

As for those who question the quarrels within the New England organization, NFL insider Ian Rapoport claimed that Brady and veteran head coach Bill Belichick plan on sorting out a few minor internal issues before the start of the 2018-2019 Regular Season. Rapoport stated that these issues include “what to do about Alex Guerrero, Tom Brady’s trainer, how to get over some of the angst involved in the trade of Jimmy Garoppolo [. . .] and then does Tom Brady get a contract extension?” The duo plans to sort these out in the upcoming offseason. Over the course of their time in New England, Belichick has repeatedly said that “there’s no other Quarterback I’d rather have than Tom Brady” and Brady has repeatedly said that he “wouldn’t play for a coach” other than Belichick. Amid speculated turmoil within the Patriots organization, Belichick claimed that he “absolutely” intends to be back with the Patriots next season in an ESPN interview and Patriots team president Jonathan Kraft claimed that Tom Brady has earned the right to decide his own retirement plans during an NFL Network interview.

As for right now, we’ll all have to wait and see how Brady’s career plays out. Prior to Super Bowl LII, Brady claimed “you’re gonna see me playing football next year. I don’t envision not playing” while being interviewed on Westwood One radio. At a separate interview, Brady also said that he’s “having fun,” “really enjoying playing,” and “not thinking about retirement.” There will always be critics and doubters. But given his intake and 2017 season performance overall, it appears that Brady still maintains the willingness and ability to play at an expert level for the time being.

For the last 18 years, there’s only one continuous factor that’s been keeping both Tom Brady’s legacy and the team’s success in check: winning.