Well begun is half done 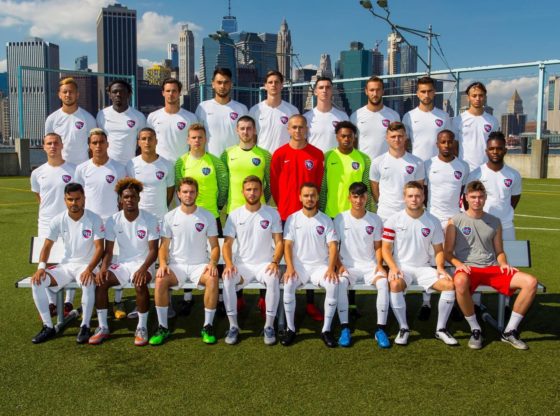 Edoardo Giribaldi – A very encouraging start for the St. Francis Brooklyn men’s soccer remains undefeated after the first three matches of the season (2-1-0).

In the home opener of the 2019 season, St. Francis defeated the Seawolves of Stony Brook University 1-0 with a goal by El Mahdi Youssoufi, the new striker from Morocco, that showed a first glimpse of his technique with a superb lob over the head of the opposite’s goalkeeper.

In the second match, the team earned a 3-0 victory over the La Salle Explorers, the opening goal scored by forward Chris Gruver, followed by Matteo Caribotti and concluded by midfielder Amir Islami with a perfect one-to-one conclusion over La Salle’s goalkeeper.

The third match resulted in a scoreless draw against Lafayette that projects the team towards Saturday, September 14 when the Terriers will return to the pitch as they travel to Jersey City, NJ to take on Saint Peter’s at 2 p.m.