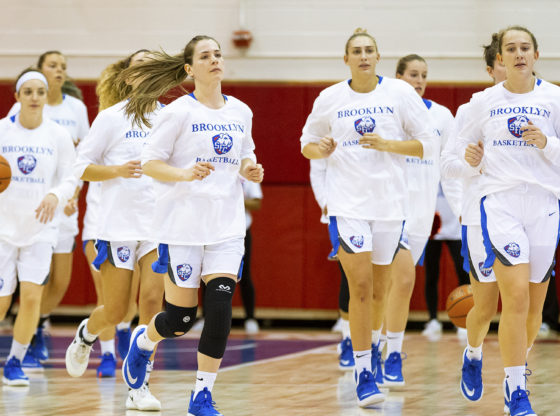 The St. Francis Woman’s basketball team won two out of the three games played this weekend during the Vinewood Farm Classic held at Morehead State University.

They started off playing their first game on Friday with a 110-73 win over Chicago State University.

The Terriers then went on to play their second game in the Vinewood Farm Classic as they fell short to Valparaiso University in a score of 78-76.

They wrapped up the weekend and the Vinewood Farm Classic with a 101-94 win over the hosts, Morehead State University. Junior Jade Johnson led the team with 27 points (season-high), 2 rebounds and an assist. Graduate student Dominique Ward finished with 18 points and 7 rebounds (season-high). Freshman Ebony Horton ended with 17 points (career-high) and 3 rebounds.  Senior Maria Palarino ended with 17 points, 5 rebounds, and 5 assists.

The Woman’s basketball team are now 4-1 in the season and this is their best start to a season since the 2013-14 season. The next game that they will play will take place on the road again this Sunday, November 25that 1pm against Seton Hall University.