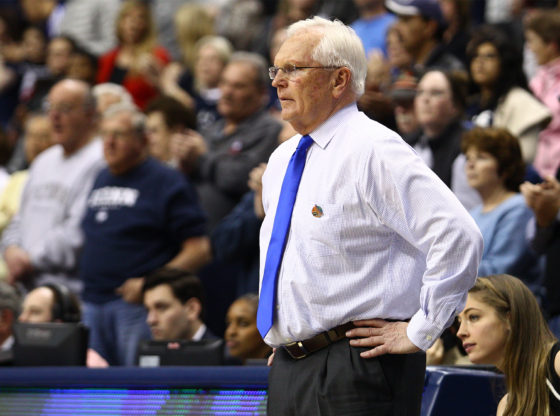 Thurston stated: “I would like to thank St. Francis College Director of Athletics Irma Garcia and former College President Brendan Dugan for giving me the opportunity to share in the journey of these wonderful ladies who have been part of Terrier basketball. While our current players are making an impact here at school, our graduates are making their mark in their professional lives both regionally and around the world.”

Coach Thurston led the team to a Northeast Conference title in the 2014-2015 season sending the Terriers to the NCAA tournament for the first time.

In addition to success on the court Coach Thurston also led the team to a National Academic Championship.

In the 2015-2016 season the Terriers finished with the highest GPA in the nation for NCAA Division I Women’s Basketball with a 3.712.

Under Coach Thurston’s leadership, St. Francis College has produced several all conference players many of whom have gone on to play professionally.

“I will be forever grateful to the young women who have come through our program these past six years,” said Coach Thurston. “What they have accomplished both academically and athletically during this time has been remarkable.”

Coach Thurston has had many accomplishments over his six years as head coach and has left a lasting impact on the St. Francis College Women’s Basketball Program.

The Department of Athletics at St. Francis College will begin a national search for a new Women’s Head Basketball coach.