WBB: Enters playoffs with a weekend win under their belt

Home /News, Sports/WBB: Enters playoffs with a weekend win under their belt 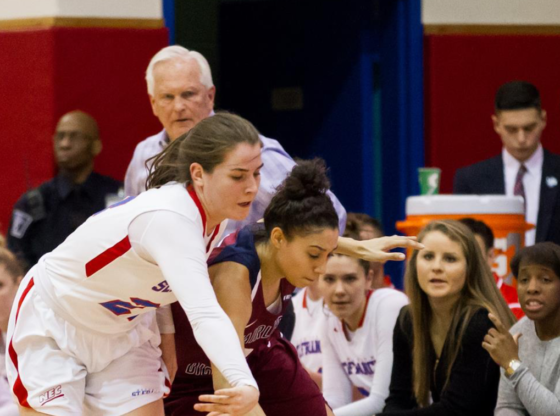 By: Taylor Smith and Jenna Bahnsen

In a Sunday victory against the Bryant University Bulldogs, the St. Francis College Women’s Basketball team ended their regular season with a 9-9 record in the Northeast Conference.

The Bulldogs began the game with an aggressive lead of 24-9. The Terriers then retaliated quickly reducing the Bulldog’s lead to only five points at the end of the first quarter.

By the half the Terriers were shredding Bryant’s lead to only two points that could easily be scored in the third period.

The Terriers were able to take the lead in the third period and keep it through the fourth until the end of the game where they defeated the Bulldogs 66-60.

This clutch win gave the Terriers the third seed in the playoffs beginning on Wednesday, March 7th.