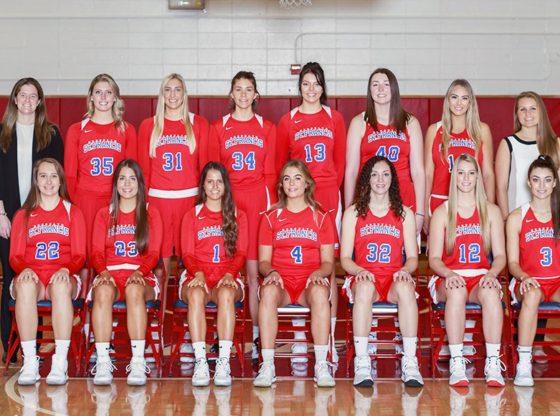 On March 7th, the St. Francis College Women’s Basketball team was eliminated from the playoffs in the Northeast Conference Quarterfinals by the Long Island University Blackbirds.

The game was held at Robert Morris University, a neutral court for both the Brooklyn-based teams.

The Terriers fell to the Blackbirds 59-56 which ended their season with a 9-9 record in the Northeast Conference and a non-conference record of 13-17.

Head coach John Thurston said: “We finished higher than we were supposed to. We’re disappointed but we learn from our disappointments and it makes you a better person. We had some opportunities to put it away. Layups have been our nemesis all year. We’ve lost six games now by three points or less with double digit missed layups. Some are contested but some you just have to make. We’ll move on; we’ll get stronger and learn from it.”

This was the final game for lone senior, Alex Delaney, who scored 14 points, followed by sophomore guard, Jade Johnson, with 13 points and a team-high seven rebounds.

Delaney and Johnson were also the first pair in Terrier history to receive All-Conference honors.

The Terriers have 11 returning players next season and are excited to see what the future brings for their rising team.

The Importance of Traveling
The Vito and Vito Show