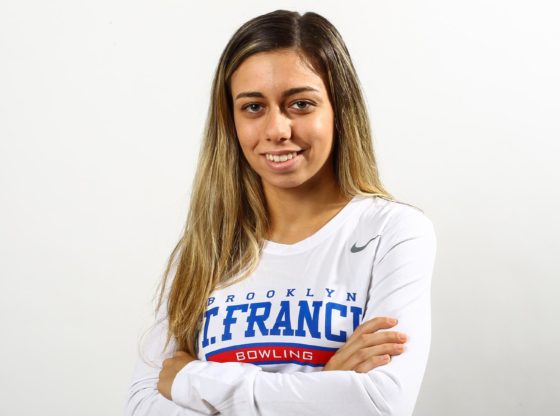 She had the highest total pinfall out of all freshmen competing in the tournament.

Waglione struck 50 of her 133 attempts and posted the fourth highest game average at the tournament of almost two hundred bowlers.

Her high game for the weekend was a 227 and her average for the matches was a 192 all while filling 85% of her frames.

Waglione did not have more than two opens in any of her games throughout the course of the weekend.

The Terriers will be competing again next weekend at the University of Maryland Eastern Shore Hawk Classic.