VP OF LEO CLUB ON GIVING BACK

Home /News/VP OF LEO CLUB ON GIVING BACK 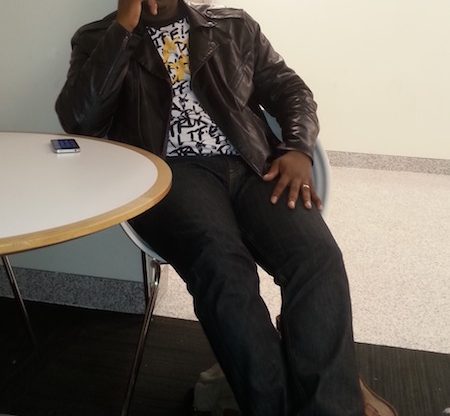 Robert Dunham, Jr. is the Vice President of the SFC chapter of Leo Club. The Leo Club is a chapter of the Lions Club International which is an organization based on philanthropy.

Recently the SFC Leo Club had a trip to Visions, known as VCB, which has an accessible campus for the visually impaired. They have been raising funds to help repair their infirmary.

Dunham is currently a junior working on his third college degree despite the struggles he has faced.

Dunham was given a full ride into Grambling State University in Louisiana, but just before he accepted the offer, Dunham received shocking news: he was going to be a father.

At the age of 17 his priorities shifted. Although his father still wanted him to follow his path to Grambling, Dunham chose not to do so.

He said, “Everywhere my father went, I was right by his side. He taught me how to be a good father and I couldn’t leave my child behind and go off to college.”

Dunham had doubts about college altogether. “I thought I was going to be one of those guys living from paycheck to paycheck and just trying to take care of my responsibilities, and get a little slice of the pie while moving along though life,” he said. “I never thought I’d be here working on my third degree.”

Once things setteled down, Dunham felt it was time to attend college. The first degree he received was in culinary school at Monroe College in New Rochelle.

He said, “I always had a passion for cooking. I learned how to cook from my mom, but a lot also came naturally to me. As time went on and the semesters wrapped up with culinary school, I lost the passion to cook.”

Dunham, who was born and raised in Brooklyn New York, decided to come back to New York City and attend ASA College, where he received a degree in Criminal Justice.

“ASA originally recruited me as an athlete to play basketball, but my grades were slipping and I had to make a choice on whether I wanted to continue playing ball or focus on my school work. That’s when I quit the basketball team and all of a sudden my grades skyrocketed,” said Dunham.

Dunham interned at the Law Office of Mark Friedman in Downtown Brooklyn and after his internship he became a permanent paralegal and worked there for five years. He graduated ASA College with a 3.4 GPA.

“I began to realize you could do anything you want to as long as you put the work, time, and effort into it. Hard work and dedication has got me to where I am today,” Dunham said.

“It really is not easy because in your personal life and academic life there is always going to be some kind of pull. The pull is where your obligations align,” he said. “I am doing what I have to do in order to benefit my family”.

In fact, Dunham is juggling three lives, third being his spiritual life. Dunham is an associate minister and was ordained two years ago at his church, Greater Temple of Praise, in East New York. He has been under their ministry for six years now.

Dunham travels all around the United States preaching. This year alone he has done six engagements and continuously visits the sick in hospitals.

He said, “These are the things I balance.”

Dunham sees the St. Francis Leo club as “another ministry,” continuously encouraging people and making an impact on their lives, and giving back to those less fortunate.

“I don’t give the club the religious or biblical aspect. We are all about social acceptance. We have a big heart and the dedication to help people in need,” Dunham said. “If you can help somebody along during your journey in life then you have done your part”.

A few weeks ago, the Leo Club had a bake sale in the cafeteria to raise money for VCB. Now they are gearing up to participate in the 2013 World AIDS Day Rally, which takes place this Sunday Dec. 1 at 2pm in Times Square between 45th and 46th Streets on Seventh Avenue.

Next year the Leo Club will be hosting a fashion show. Dunham, who is in charge of the event, knows 12 upcoming designers who are looking to promote their line and they are willing to participate in the fashion show. He is also seeking out public figures who would like to make a donation to the event, in order to raise funds to rebuild the infirmary at VCB.

Dunham has assigned his wife to be the creative director for the fashion show. Dunham’s wife is a model herself and therefore he believes she has an eye for things that he does not. He also said it gives him and his wife a project they can both do together as a couple.

The jungle themed fashion show, titled “The Roar of the Leo’s” will take place in the Genovesi Center on March 21, 2014.

“We are accepting everyone as models. We are all about social acceptance. So no matter what body type you are, what color you are, or anything, it doesn’t matter,” said Dunham.

With so many projects and goals, Dunham finds his strength in seeing his family happy.

Dunham said, “When I’m under pressure I try my best to rise to the occasion. When I get home after school or work and I see my daughters in bed sleeping comfortably, warm, and knowing that they ate and everything is fine, I know that what I am doing now is all worth it.”