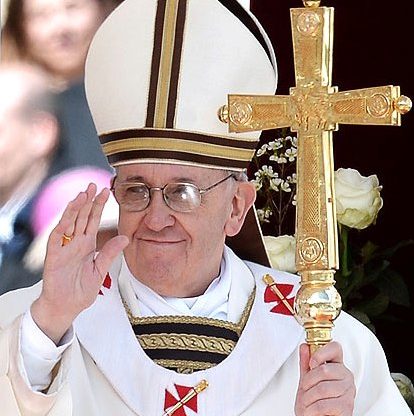 Pope Francis has called together an assembly of Catholic bishops in a milestone two-week long meeting in the hopes of changing the church’s view on same-sex marriage and other matters.

Francis has caused a stir worldwide for bringing a modern view to a centuries old religion since his inauguration in 2013. The Vatican released a report on Monday, October 13, suggesting that the Catholic Church take these views into consideration.

“Homosexuals have gifts and qualities to offer the Christian community: are we capable of welcoming these people, guaranteeing to them a further space in our communities? Often they wish to encounter a Church that offers them a welcoming home,” the document said according to Reuters.

“For the LGBT (Lesbian, Gay, Bi-sexual, Transgender) Catholics in the United States and around the world, this new document is a light in the darkness — a dramatic new tone from a church hierarchy that has long denied the very existence of committed and loving gay and lesbian partnerships,” Human Rights Campaign President Chad Griffin said according to ABC News.

However, Catholic churches and conservative groups have labeled this recent endeavor as a betrayal.

Some bishops support the change, while other conservative bishops do not.

The document stated that “without denying the moral problems connected to homosexual unions it has to be noted that there are cases in which mutual aid to the point of sacrifice constitutes a precious support in the life of the partners,” Reuters reported.

The document also aims to change the church’s view of unmarried couples and divorce.

Francis believes this call for change will in no way alter church doctrine. He says it will simply serve to welcome and accept gays, unmarried couples, and divorcees into the church and recognize the gifts they have to offer.