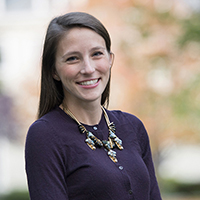 Lindsay Ullman is a Yale and Harvard graduate who worked at Google and other companies in business development as an investor, until she left that world to be on the other side of it, and started her own business.

Students gathered in the sixth floor lounge where WLN’s Liz Mindlin introduced WLN and its initiative, as well as the celebratory news that the college will be commemorating 50 years of coeducation and women in 2019.

CFE Director, Eda Sanchez-Persampiere, introduced the CFE, entrepreneurship now being the most popular minor at SFC. Ullman began by giving students an introduction of herself — how she went from investor to Founder and CEO of Umbrella.

First she told students that failing is not only in evitable, but it is also a good thing.

She stressed that at her own business, she constantly fails — “I fail every day,” Lindsay emphasized.

One student asked what the biggest mistake Lindsay ever made with her business was — Lindsay says it’s hard to answer that question because, “I make mistakes all the time, every day.”

Ullman also stressed that as young people and students we are all at an advantage.

“Use that .edu email address you all have,” she encouraged, “you know how many Fortune 500 executives I’ve cold emailed? One out of one hundred answer.”

And that one person that answers could help you open endless doors, Lindsay explained.

A college graduate just 10 years ago — Lindsay said she never pictured herself where she is today, Founder and CEO of a business that launched just over a year ago. And she says she still doesn’t know what her future holds, but she did share that she has always had a special passion for politics.

Perhaps the SFC community will see Lindsay Ullman on political campaigns one day.