The Troupers back with “U.S. Drag” 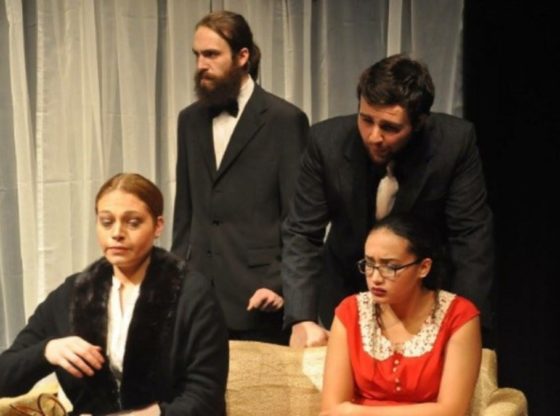 Get ready for more lights, camera and action!

Yes, the Troupers are at it again with a new play this semester called U.S Drag.

Set to be released April 12th to the 14th, the Troupers have been working hard setting up auditions this past week.

U.S Drag focuses on two single women, Angela and Allison and how they want to achieve fame and fortune while a crazy attacker lurks their neighborhood.

Compared to their previous dark comedy, Tigers Be Still last year, this play will have more of a light-hearted approach.

“It’s a crazy play. It’s really funny and I’m really excited about it.” Julie Muñoz who is going to play Angela said.

“My character has just graduated from college and she wants money, but she doesn’t really want to do the work to get it. So, I would say my character is very witty – a very tough and independent type of woman” said Muñoz.

Just by Julie’s description, the play reminded me of last Spring semester’s play, Speech and Debate.

I can guess that the play has a similar motivational feel that Speech and Debate had.

Both plays have an external conflict and need to be solved one way or another, but I’m sure U.S drag will have its own unique approach.

For now, students have a few months to await the new entertainment.

Meanwhile if some students have not auditioned, the Troupers are still looking for more actors to join the club.

“I had always wanted to be an actress, but I was discouraged in high school. As soon as I joined Troupers I just felt welcomed” said Muñoz.

And so, anyone can have a blast at the Troupers club.