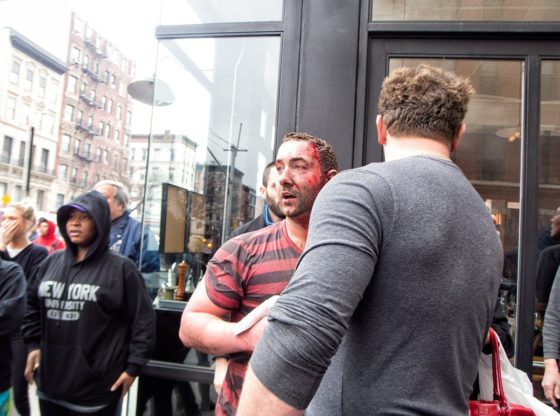 Two bodies were recovered from the rubble of the 2nd Avenue fire Sunday. The bodies identified as Nick Figueroa, 23, and Moises Ismael Locon Yac, 27, are believed to be the last casualties that will be found from last week’s tragic accident.

Fire 2Nick Figueroa was on a date with a co-worker at Park Sushi Thursday afternoon, when the explosion was sparked on the ground floor of 121 2nd Avenue where workers were installing a gas pipe.

Nick’s Brother Neal Figueroa, was anxiously waiting by the rubble on Sunday as firefighters sifted through debris looking for the missing persons. Neal was seen holding a white rose amongst the crowd of onlookers, at one point shouting out “Nicholas, come home… we’re here for you don’t give up,” as reported by the New York Times.

Hours later the Figueroa family would learn that their brother and son was indeed dead along with Moises Locon, a Guatemalan immigrant who had immigrated to the states seven years ago in search of work.

Locon worked as a bus boy at Park Sushi, Locon’s cousin Pablo told the New York Times that Moises had been saving money to return to Guatemala to start a life with his girlfriend.

Sunday’s grim discovery came as gawkers and tourists took pictures and macabre selfies near the site of the catastrophe. Nicholas’ Brother Tyler told the Times that the family was not ready to speak to the media about their loss.

Residents of the area and people with common decency everywhere were disgusted by the behavior of onlookers in the days following the explosion.

One resident hung a sign on Seventh Street that read, “THIS IS A TRAGEDY. NOT A TOURIST ATTRACTION, SHOW SOME RESPECT.”