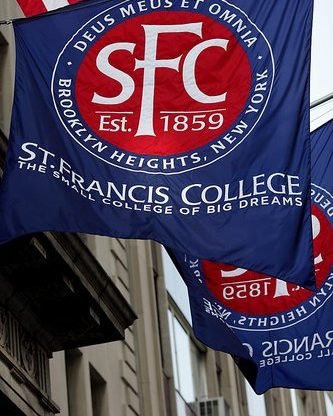 For the first time in the history of St Francis College, tuition and fees will rise above $20,000 for one academic year.

The college then stated that there are scholarship and grant programs available, which will discount the tuition by roughly 30% for the total student population.

This increase comes at a time when SFC was recently ranked 26th among 46 other regional colleges in the northeast by US News Best Colleges Ranking.

Forbes.com also ranked St. Francis College on its America’s Best Colleges list for the fifth year in a row.

According to a NY Daily News article in September of 2012, SFC Provost Tim Houlihan said SFC has seen a steady uptick in enrollment largely due to its lower tuition costs when compared to other private colleges in the area.

The school had a student body of an estimated 2,000 students five years ago and now has over 2,700. Last fall, St. Francis had a record number of 625 incoming students.

In the same article, Houlihan said, “as of last year, we were the lowest private institution in New York State,” and “with academic scholarships, you can wind up paying less than $10,000 a year.”

While this increase is significant, SFC is still considered one of the lower priced private colleges in the NYC area.

Although SFC is still considered a discounted private school, it might find a drop in enrollment if students decide to take the train deeper into Brooklyn to Flatbush to enroll at CUNY Brooklyn College, where yearly tuition for instate students is $5,430 and out of state tuition for 15 credit semesters is $14,550.

Anne Edouard, SFC Student Government President, said: “I remember when people used to tell me that tuition was $15,000 … which I think is reasonable for what we offer as an institution. However, it is sad that every year, tuition gets raised and some departments refuse to give some of the attention students pay for.”

In the letter, the college said, “This increase closely aligns with the average increase for private, not for-profit colleges in the New York metropolitan area, and our tuition rate is currently the lowest of any comparable institution within our area.”