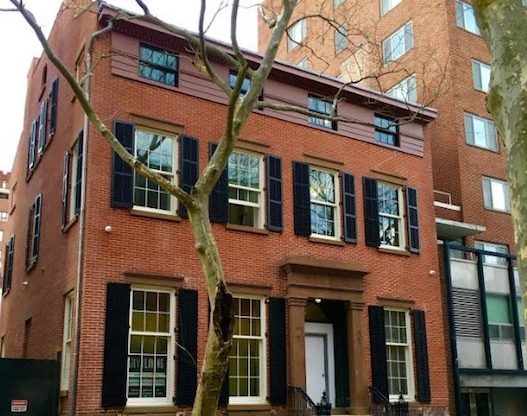 During this time, Capote penned parts of “Breakfast at Tiffany’s” and “In Cold Blood.”

Reporter Ranaan Geberer wrote that “when Capote lived there, he was so enchanted with the neighborhood that he wrote an essay about it, “A House on the Heights.”

Reconstruction of the circa-1839 residence began 2016, during which the current owners of the building, “Grand Theft Auto” creator Dan Houser and his wife Krystyna, removed the house’s exterior yellow paint to reveal the original brick.

They then received a special permit from the Landmarks Preservation Commission specifically for work on the doors, which allowed the Housers “to replace the existing modern-looking paneling on the inside of the doors with new laminated wood panels in period design.”

The restoration is now complete.

Buildings and resident tempers: both on the rise
Slice of England in Brooklyn!