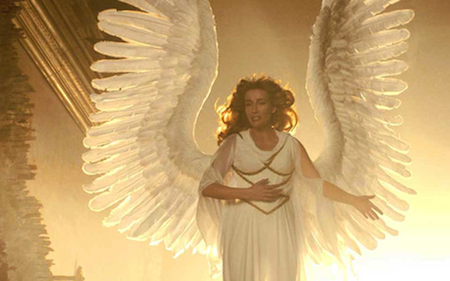 The SFC Troupers’ next show will be “Angels in America: A Gay Fantasia on National Themes Act 1: Millennium Approaches” by Tony Kushner.

The play will be performed in Founder’s Hall on Friday, October 22 at 8pm, Saturday October 23 at 3pm and 8pm and Sunday October 24 at 3pm. Tickets will be sold at the door and are $5.

“Angels in America” is set in New York City in the mid-1980s. It is mostly about three gay men and those who live around them.

Some are gay men still in the closet who are afraid of being scrutinized while others are out of the closet but living with AIDS.

The play follows lawyer Roy Cohn, who was in the prosecution team for the infamous Rosenberg espionage trial.

The play is directed by SFC Professor and Actress Natasha Yannacanedo.

Asked why she chose this play, Professor Yannacanedo said: “I was looking through a million plays and I was trying to find one that had as many characters as there are cast members.

“I also wanted to find one that pushed my actors out of their comfort zones more. Since we had done Tartuffe and Polaroid Stories previously I wanted to take it a step further.

“I also think that one of the many challenges that people have is today is homophobia and so I want the audience as well to get over that fear with this play.”

Professor Yannacanedo definitely pushes the Troupers in this play — some of them are taking on multiple roles.

“It’s a challenge,” said Alexandra Tricamo who is playing Ethel, Martin, and Hannah.