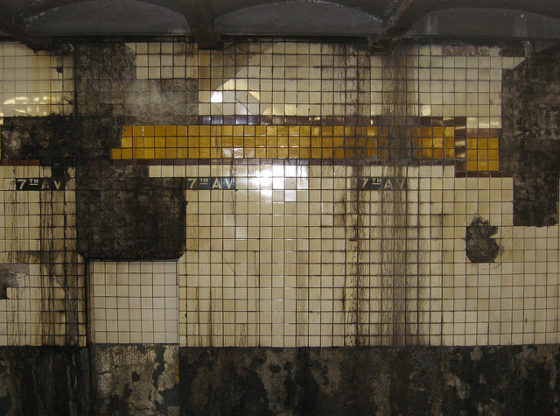 It is not uncommon to hear people say that the journey can be sometimes more exciting to experience than the destination. For 8 million New Yorkers who commute to work, school, or leisure using the subway, that advice falls upon deaf, hurting ears who experience only the siren of closing doors and the screech of rusty wheels as the train departs in front of their very eyes.

A question arises for the city that prides itself in being the greatest of all things material, dare stakes a claim where the infrastructure leaves everyone unhappy and nobody on time. From the daily commuting college student who spends over two hours a day underground to the office worker in Manhattan whose 4 train is delayed once yet again, making him unable to reach Grand Central and misses his train out of the city, all these people muse over the terrifying question, “Why is the subway so bad?”

Blaming Bill de Blasio, comforting as it may be, does not answer the question entirely. Taxpayer money and collected fares are returned to the treasury of New York State in Albany. Surprisingly enough, the dear mayor does not control the MTA directly. While he exerts considerable influence on rail policy that his voice will be heard when spoken, allocated funds are more sought elsewhere as the upstate based politicians have the ultimate say on a whim.

In the wealthy suburbs of New York, where the Long Island Railroad and Metro-North are lighting fast and effective systems in comparison to a broken J train in a crumbling tunnel, the reasons become more apparent. Location, location, location!

The politicians who represent wealthy areas such as Armonk, Croton Falls, and Montauk have greater clout in their railway systems because of the proverb that cash is king. Since these lawmakers are kept in office by the well-off constituents of their towns and counties, the Westchester and Long Island railways are easily supported by their own weight. For the five boroughs in which eight million people reside of varying socio-economic backgrounds varying from dirt poor to filthy rich, all neck and neck, it becomes a little more difficult for the lawmakers to exactly put the money where their mouth is.

Sadly, even the arduous tale of New York bureaucracy at work does not fully explain the question. For those who are uninitiated with history, the subway is older than dirt. The centennial was celebrated fourteen years ago. Once controlled by three privately competing transit agencies, the IRT, BMT, IRD passed the respective torch towards the government operated MTA.

Try conjuring up this image: A rundown subway car from 1992 runs on a rails last replaced in 1978, operating on a signal system from 1934, and stopping on a platform from 1912. While not the exact case for every single line, the oldest station (Borough Hall) is from 1904, and the signal system is a work of railway engineers during the Great Depression.

The monumental task of bringing a century old system of over four hundred non-standardized stations into the 21st century is a pipe-dream at best, and delusional fantasy at worst. As the trains get shinier and more digital, they still shamefully run on lines that date before the Great War. It’s that bad. As the leaks spring, (sometimes literally) only band aid measures can be mustered by the government, only until something else breaks again.

Across the pond, over and under the English hills and plains is the London Underground. Despite being almost two centuries old, the transportation network has New York beaten in many aspects.

Spanning 379 miles of track in comparison to New York’s 231 miles, the system is split into eleven different lines of distinct colors and naming conventions, to the pleasure to new residents and tourists. Gone are letters and numbers which put many non-natives in a state of despair. The Tube has had Wi-Fi in over 180 of its 270 stations since 2011, compared to New York which had just implemented the program as of Fall 2016. As London is the capital, British Parliament sees fit to secure more funding for the wealthy constituents who use the underground on a daily basis. As the government controlled the railways and London Underground from the very beginning, organization and planning was done under one roof and with one goal in mind, unlike New York.

Even London Bridge Station, opened in 1836 is a whole world cleaner and just as efficient than any modern New York City station in midtown Manhattan. While the London Underground is better funded and better utilized, the caveat is a variable transit fee exists depending on the distance of the route, and the underground stops functioning at midnight until early morning the next day to perform maintenance and cleaning operations. Some New Yorkers who take cabs at night perhaps wouldn’t mind so much for a cleaner and faster transit system during the day.

An even further comparable example would be the Hong Kong Metro. This transit network is capable of delivering 1.5 billion people per-day across the city with a 99.9% on-time rate. That in itself is truly amazing. To compare population sizes, New York moves 1.8 billion per year. Made up of ten lines and 87 stations, each one carries Wi-Fi, grocery stores, Starbucks, and fast food restaurants. May it be a thousand years before every station has this in New York.

From all these statistics, it may seem like an ever increasing depressing state of affairs the next time you miss your train and have to wait twenty-five minutes for the next one. The transit authority’s press release this summer detailed over a dozen improvements that they aim to launch by 2020. This includes timetable scheduling, USB and wall outlets on both cars and stations, flip seats, enhanced lighting, cleaner floors, digital subway maps, open walkways between train cars, and a better shaped bar to hold on from.

Nobody has laid eyes upon wall outlets or USB charging stations just yet however, and the idea of open walkways between cars might be just too crazy to believe. We’re a long way from reaching levels of mass rail transit from our European and Asian counterparts, but with improvements promised on the way, perhaps anything is possible, even if it comes inch by inch.

VENTURING TO THE VIRGIN ISLANDS
HOWARD BEACH AND HURRICANE SANDY: AN INSIDER’S PERSPECTIVE