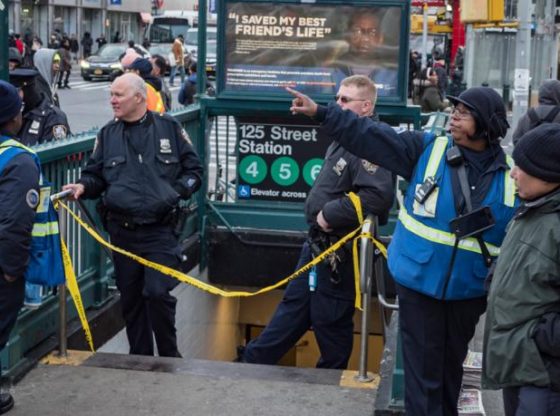 Tuesday March 20th 2018, a 23 year old MTA worker fell 20 feet from the 6 train tracks to the 4/5 train tracks below while trying to clear debris from the rails.

According to the police, the fatal accident occurred just south of the 125th street station at 5 am as the worker was preparing for the morning rush. The employee was found with a head injury and determined to be dead at the scene.

This resulted in delays of the 4, 5 and 6 line from The Bronx to Manhattan. At 5 am there was no 4, 5 and 6 train service from 86th street to 138 St-Grand Concourse in either direction. This meant there was no possible route for commuters to get out of The Bronx by subway and vice versa. By 8 am the MTA service announcement stated “Expect significant delays in 1, 2, 3, 4, 5 and 6 service.”

Later the MTA updated at 10:20 am that “4, 5 and 6 train service has resumed station stops at 125 St following an earlier fatal injury sustained by NYCT employee this morning.”

We asked a St. Francis College student how this affected them, “I commute from The Bronx to Brooklyn for school everyday. Since this is a commuter school I’d imagine that alot of people do the same… Knowing that a worker lost their life because of garbage on the tracks is incredibly sad and unfortunate.”

We also tried to ask a Platform Control MTA employee, who was working at the 125 street station the evening it reopened, for his opinion but responded with “We’re not allowed to talk about it.”

Whether this accident could have been avoided or not, this event affected all of New York City this morning. We should all respect and remember this employee who died trying to make everyone’s commute on the NYC subway safe.