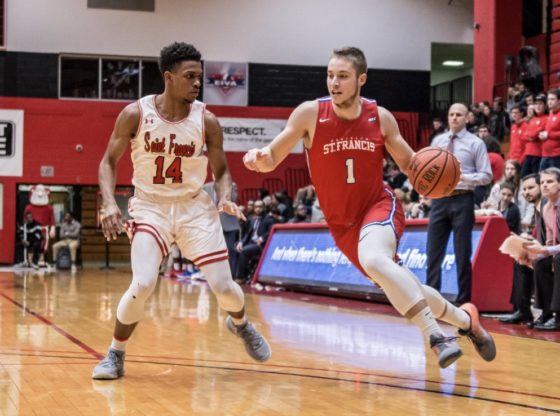 Mark Flagg scored a career-high 20 points, Isaiah Blackmon had 19 points, and Keith Braxton scored 14 points in aid to give St. Francis (PA) a 71-81 victory over the St. Francis Terriers.

Right from the jump, the Terriers fell into trouble early as the Red Flash would create offensive problems all night for the Terriers in holding them to only 28 percent shooting from the arc and 41 percent from the field.

The Red Flash would dominate all throughout the game from may standpoints. The team shot an average 50 percent from the field in both halves, while also out rebounding the Terriers 26-39.

Chauncey Hawkins netted 16 points for the Terriers and Jalen Jordan would put up only 11 points.

The Red Flash have now won 8 consecutive in tonight’s win over the Terriers as they stand at the top of the NEC standings in first place.

The Terriers must now look to win out of urge in their upcoming game in continuation of their Western Pennsylvania trip on Saturday at Robert Morris at 5 p.m.