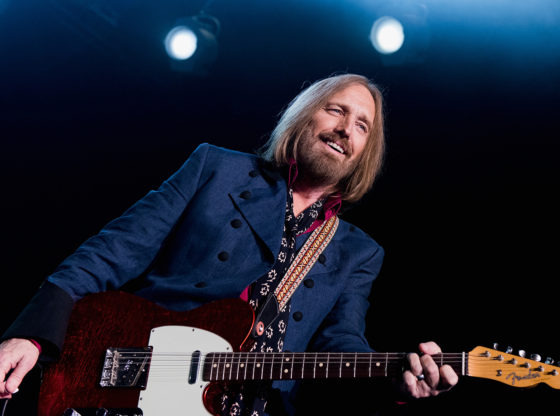 Rock legend Tom Petty died of cardiac arrest at the age of 66 on October 2nd, 2017. Though many people know some of the Classic Rock anthems Tom Petty has written, many don’t know just how legendary his career was.

Tom Petty was born in 1950 in Florida. When Petty was 10 years old, he was briefly introduced by his uncle to the King of Rock & Roll himself, Elvis Presley. Petty says that although he didn’t have a conversation with Elvis, he felt that Presley was “sort of not real, as if he were glowing.” Petty went on to describe Presley as “astounding, even spiritual.” Petty’s father regularly subjected him with verbal and physical abuse as a result of his son’s aspirations in the arts. However, Tom Petty had a strong relationship with his mother and was close to his brother, Bruce.

In 1975, Petty began a band called the Epics, later to evolve into Mudcrutch. When Mudcrutch split up soon thereafter, Petty formed the band the Heartbreakers in 1976. The band, often referred to as Tom Petty and the Heartbreakers, included Mike Campbell on lead guitars, Ron Blair on bass, Stan Lynch on drums, and Benmont Tench on keyboards. Petty remained dually on guitar and lead vocals.

In 1977, the band released their first studio album, named after the band. The album included the hit single “American Girl.” The band’s second album, You’re Gonna Get It! was released in the following year. It was their first Top 40 album and included it the singles “I Need to Know” and “Listen to Her Heart.” The band’s third album, Damn the Torpedoes, went platinum after the release of their hit singles “Don’t Do Me Like That”, “Here Comes My Girl” and “Refugee.”

In 1981, Tom Petty and the Heartbreakers released Hard Promises, including their hit single “The Waiting.” After moderate success with 1982’s Long After Dark, the band released Southern Accents in 1985, which included another hit single titled “Don’t Come Around Here No More.” The psychedelic music video for the song famously included Tom Petty dressed up as the Mad Hatter from the book Alice’s Adventures in Wonderland. After their first official live album was released in 1985, Tom Petty and the Heartbreakers released their seventh studio album titled Let Me Up (I’ve Had Enough) in 1987.

In 1989, Petty released his first solo studio album titled Full Moon Fever in between the release of both Traveling Wilburys albums. Petty used both Heartbreakers members and Traveling Wilburys members to contribute to some album’s tracks. The album produced three hit singles, “I Won’t Back Down”, “Runnin’ Down a Dream,” and the song many consider to be Tom Petty’s signature track, “Free Fallin’.”

Tom Petty and the Heartbreakers reformed in 1991 to release their eighth studio album Into the Great Wide Open. The title track and “Learning to Fly” would become two more hit singles from Petty’s career. Before leaving MCA Records in 1993, Petty compiled a Greatest Hits compilation album with the Heartbreakers and recorded two new songs for the album, one of which was the hit single “Mary Jane’s Last Dance.”

Tom Petty’s second solo studio album Wildflowers from 1994 included four singles, the most successful being “You Don’t Know How It Feels,” and his final studio album, titled Highway Companion, was released in 2006.

Petty was married to Jane Benyo in 1974, but the couple divorced in 1996. Along the way, the Benyo had two daughters. Petty married Dana York in 2001. Petty was also known for his frequent collaborations with his longtime friend, Fleetwood Mac member Stevie Nicks.

Though Tom Petty is no longer with us, his music will always live on.