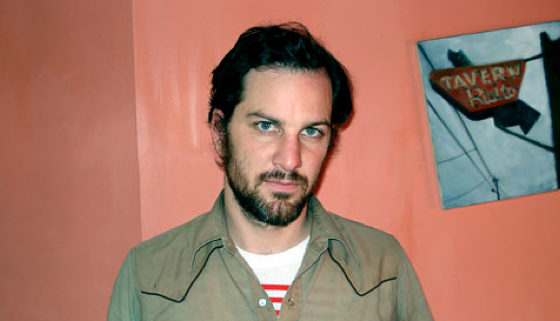 We live in an age where more and more large venues are erected and venues begin to become picky with their acts; a society where stadium concerts tend to be the norm and Ticketmaster want to charge you inconvenient convenience fees.

The ethos of musical performance has been lost in the storm of commercialism and the making of a quick and easy buck.
There is no sense of community in a stadium show, where you’re just another face in a crowd, another $45.
We live in an age where it is increasingly harder to find shows for all ages, between 21+ venues and events; much of the youth is forced to miss out on some intimate performances. The world seemed to be coming to an end.

He currently books and supports over 20 venues/art galleries in the NYC, and that number continues to grow.

Over the last five years or so he has booked shows in areas like Bushwick, Williamsburg and Ridgewood. His dedication to these small venues and art galleries had helped create a renaissance of indie-rock and DIY culture.

Many of the venues that have sprung up over the years like Market Hotel, Monster Island, and Shea Stadium are all renovated by Todd, his interns and his dedicated staff and peers.

Unlike most promoters, he puts his heart and soul into creating a functioning space for music to be performed, art to be admired, and film to be viewed. More often than not the venues tend to be empty lofts, old factories, industrial buildings or abandoned art studios, which are then converted into functioning self-sustaining music venues.

Todd adopted the 80’s DIY or Do It Yourself attitude. He receives absolutely no funding from any corporations or conglomerates. He isn’t subsidized by any record labels. He does this out of the pure passion for the music. It is very much like the 80’s punk rock movement which exemplified the DIY movement.

The 80’s, sometimes referred to as the Dischord Years, named after Ian MacKaye of Minor Threat and Fugazi’s record label, would have concerts in abandoned buildings and in people’s homes, in basements, and back yards.

Todd P has organized shows similar to those, like his summer bashes: Beach Party at Fort Tilden beach, where over 15 bands played acoustic sets, to the 4th of July Woodsist Showcase right under the J train in Bushwick.

In addition to this he also adheres to the Dischord ethic of charging very low prices for his shows. Ian MacKaye was known for never charging more than $10 for a Fugazi show and Todd P feels the same way.

In an age where you get charged for a concert ticket and then some, Todd charges very low prices and there are no tickets, just a sense of honesty and a hand stamp.

Todd P has helped many bands break into the mainstream as well. One band in particular has really broken out into mainstream culture and even car commercials; Matt and Kim (right).

Their up-beat electro/keyboard-pop has rocketed them to success and are a prime example of Todd’s success. Todd has worked with many other artists that have made through mainstream culture, like Animal Collective and Thurston Moore of Sonic Youth.

Todd’s emphasis on a community of devoted music fans has created a sub culture that is like no other in the New York music scene.

You can always recognize regulars at the shows and you get to know the people who work for Todd P, who himself is a very humble, focused determined individual who believes that music doesn’t need to be fed down people’s throats and heard in a venue where you are discriminated against because of your age.

If you would like to learn more about Todd P, check out a recent documentary about him and his crew “Todd P Goes to Austin.”

It features Matt and Kim, The Death Set, Japanther, and many other Todd P regulars. You can also check out his blog Toddpnyc.com for show listings and upcoming events.