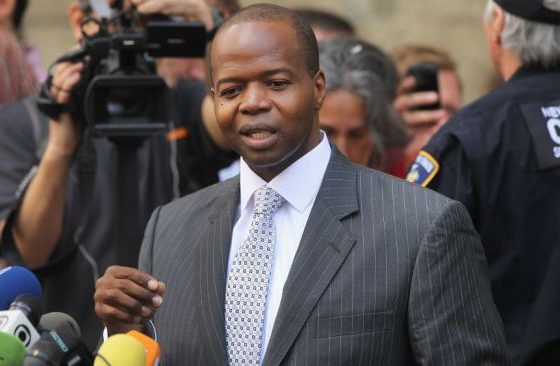 Thompson’s Chief Assistant Eric Gonzales will serve as Interim District Attorney in the time of his treatment and recovery. Though publicly declaring his condition, the District Attorney’s type of cancer is being withheld.

“As a man of intense faith, I intend to fight and win the battle against this disease,” Thompson said in a statement.

Appointed as Brooklyn’s first black District Attorney in 2014, Thompson brought justice to the wrongfully imprisoned and improved the criminal justice system. He also established the Young Adult Bureau in spring 2016, which takes care of misdemeanors caused by defendants between the ages of 16 to 24. Funded by the Smart Prosecution grant from the U.S. Department of Justice, this offers alternatives in incarceration of young offenders.

“I want to wish my friend and Brooklyn District Attorney Ken Thompson all the best as he temporarily steps aside to take care of what’s important,” Mayor Bill de Blasio said in a statement.

De Blasio also mentioned his administration’s attitude to eagerly work with Gonzales and hoping to see Thompson back in office soon.

Arnold N. Kriss — a lawyer who served as an adviser to Thompson – spoke highly of the D.A.’s work and is confident that he will recover.

“Ken is doing a remarkable job rebuilding Brooklyn D.A.’s office,” Kriss said according to the New York Times. “There is no doubt he will successfully continue to fight his illness and, at the same time, fight for the people of Brooklyn.”

Thompson is well known for prosecuting former police officer Peter Liang, who was found guilty of manslaughter in February after shooting an unarmed black man.

In July 2014, his office publicly announced that they would stop prosecuting minor-leveled marijuana arrests, but also enforce amnesty programs for people with exceptional warrants.

Before serving as the D.A., Thompson owned a private law practice, where he represented Nafissaou Diallo, a Manhattan hotel housekeeper who accused French politician Dominique Strauss-Khan of sexual assault. The charges were later dropped by the Manhattan District attorney’s office.