The Vito and Vito Show 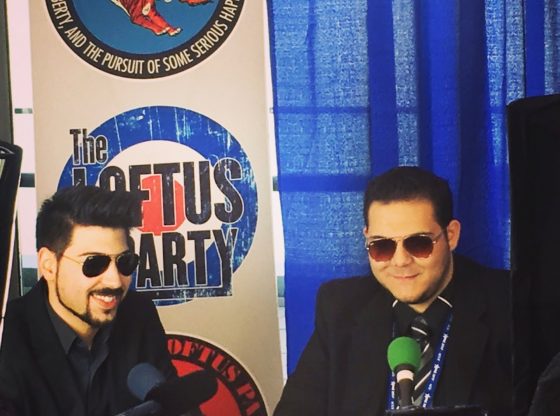 It’s no secret that SFC is home to many student success stories; students are entrepreneurs, authors, and even talk show hosts.

They are committed to the talk show and their role as the “little guy” having a voice in politics.

The Vito and Vito Show is hosted for fun but with long term goals in mind as well.

The two met through a mutual friend, DiGiovanni’s neighbor who happens to be a SFC graduate. Together, they joined the Brooklyn Young Republican Club, and soon after launched their show.

The Vito and Vito Show started out as a podcast and grew exponentially – it is now aired on AM and FM stations as well as various podcasts.

According to the show’s official website, “with the perspectives of two college aged millennial conservatives committed to defending the principles of free markets, liberty and individualism, Vito and Vito bring a unique voice to the political debate.

The boys from Brooklyn bring philosophical, moral, practical and legal questions and topics to the table, along with fun, light-hearted jokes meant to create an enjoyable hour of political discussion, regardless of where you are on the political spectrum.

“Having made appearances on television and radio, as well as speaking at some of the most prominent Republican clubs in the country, Vito and Vito are dedicated to bringing ‘fire brand’ conservatism, libertarian-ism and objectivism to the forefront of the political landscape.”

After researching a number of political beliefs as well as historical contexts, he has come to the conclusion that “being a Conservative Republican is the best way.”

In fact, he takes advantage of his Brooklyn-based location and wants to expose individuals to information that they may not even be aware of.

“There are people out of New York City who agree with conservative values. It so happens that the people who live in proximity to us disagree with our ideology, but we accept open debate”.

Both Palmeri and DiGiovanni stress the importance of reading.

Knowledge is power, and it would behoove more young adults to seek exposure in different areas of politics.

Palmeri, an economics major with a concentration in finance and a minor in political science, acknowledges his outspokenness at St. Francis College.

He says he is vocal because he is against what he calls “brainwashing” of our youth.

According to Vito and Vito, SFC is a liberal-leaning institution, whereas Brooklyn College is completely liberal. Palmeri and DiGiovanni share the common goal of “preventing the brainwashing of our youth”.

In regards to politics in the classroom, Palmeri says “it is intellectually dishonest and disgusting when you have a professor that does not want you to engage in critical thinking.

23 year old DiGiovanni, a political science and business major with a concentration in marketing, agrees, “teaching at college should be open minded and neutral. If professors are biased, I always notice”.

“But there’s a time and a place, and it’s not necessarily in the classroom,” DiGiovanni concludes.