THE SUPER BOWL: THEN AND NOW 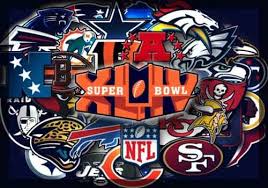 As Super Bowl 50 approaches, many Americans wonder the history of the iconic event.

So in the late winter of 1967, the first AFL-NFL World Championship Game was played, but it wasn’t until 1970 when the game was official. The term ‘Super Bowl’ came from the Kansas City Chiefs owner, Lamar Hunt, in 1966.

The Green Bay Packers were the victors of the first two super bowl games.

Interestingly enough, Tiffany & Co. made the first Super Bowl trophy. The Lombardi Trophy was made shortly thereafter and has been in every championship game ever since.

Each league then went on to set up conferences. In 1978, it was decided that each team will play a regular 17 game seasons, and the first game will always start five months after Labor Day in September.

The Pittsburgh Steelers hold the record for the most Super Bowls won, with six total championships.

Halftime shows always attract the best artists. This year Beyoncé and Coldplay will be taking the stage, while Lady Gaga will sing the national anthem.

The Super Bowl remains the most watched event in the United States. It is one of the only events that brings the entire country together.

With less than three full days left until Super Bowl Sunday, the countdown is on. People across the country are planning their traditional festivities—ordering pizza and wings, betting on their favorite teams, and awaiting the legendary commercials—for the Denver Broncos and Carolina Panthers match up in Super Bowl 50.