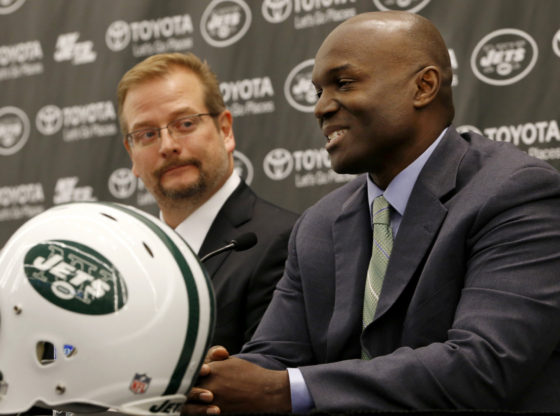 In one of the most important offseason in recent Jets memory, the Jets went in full rebuilding mode. Others would say Mike Maccagnan, and Todd Bowles would take on the tank for the 2017-2018 season. Getting rid of names such as Darelle Revis, David Harris, Eric Decker and Brandon Marshall, we knew this was going to be a rebuilding season. With the emerges of players such as Robby Anderson, Jamaal Adams and Marcus Maye, the Jets future seems to be bright. Remember when Colin Cowherd said the New York Jets would finish the season 0-16?

It seems so long ago that this team would be competing for the number one pick in the 2018 NFL Draft. Fast forward to December, and the Jets are sitting at 5-7, in the hunt for the AFC Wild Card. Now, being realistic, the Jets probably won’t make the playoffs, unless they ran the table and got some help from other teams. This Jets football team has had its ups and downs. They’ve blown games in the fourth quarter to the Patriots, Dolphins and Panthers. Any Jets fan would take this effort for their team, it’s just the results are the same.

You have a competitive team through most games, but lose, and end up finishing the season, 7-9. This leaves you with the 10th pick in the draft, and probably draft another mediocre defensive player who has good and bad games.

Will it ever change? Although the future looks promising, Josh McCown isn’t getting any younger. His days are numbered. Coach Bowles clearly doesn’t see Petty or Hackenberg as the future QB of this team. So now what? You go out and spend thirty million on Kirk Cousins?

This franchise will never be more than mediocre at best, until the quarterback situation is figured out. For the sake of all Jets fans, let’s just hope it’s not the Same Old Jets.

IN THE KNICK OF TIME?
The Evolutionary Studies Collaborative: A Discussion with Professor Tague