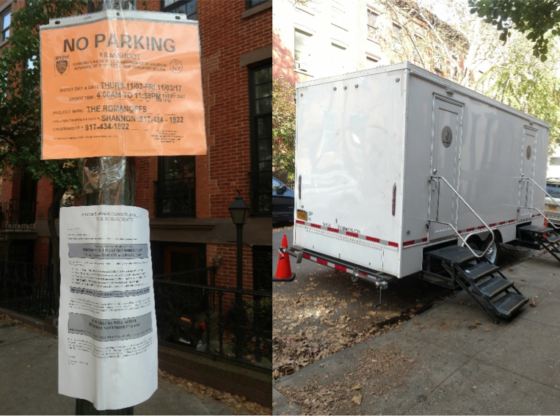 After Brooklyn hosted two “Sneaky Pete” film shootings in late October 2017, it appears as if another TV series was shot in the borough a few days later.

“The Romanoffs,“ another Amazon Instant Video TV Series, was shooting material in Brooklyn Heights from November 2nd-3rd, 2017. “The Romanoffs” is directed by “Mad Men” creator Matthew Weiner. The show is an anthology series about a family who believe they are descendants of the Romanov family. The Romanovs were the last dynasty to rule Russia from 1613 until the Bolshevik Uprising in 1917. Many conspiracy theories arose after Tsar Nicholas II and his family were executed in 1918, and the show addresses this situation through modern-day lineage. Variety magazine reported that Diane Lane was to act in the series. Also, Isabelle Huppert, Christina Hendricks, Aaron Eckhart, and Paul Reiser are all expected to appear in the show.

The film shootings took place in Brooklyn Heights from 11am-2am on both Thursday, November 2nd and Friday, November 3rd, less than a week after the Bryan Cranston-produced “Sneaky Pete” wrapped up its recordings.

The pictures are of the film shooting on Clinton Street between Livingston Street and Schermerhorn Street.