THE LIFE OF A FEMALE DIVISION I TENNIS PLAYER

Home /Sports/THE LIFE OF A FEMALE DIVISION I TENNIS PLAYER 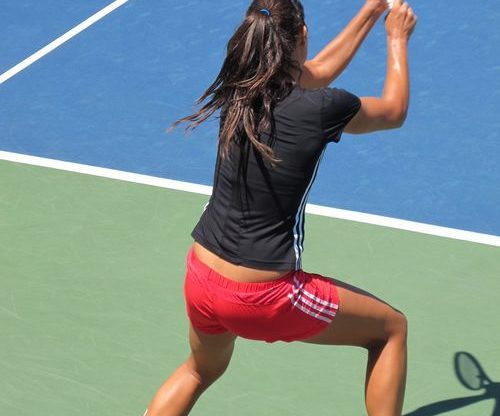 A Division I athlete experiences college a lot differently than an average college student. Student athletes show commitment to their sport as well as their schoolwork, a double life that is hard to juggle.

As a Division I Tennis player I am constantly on the go. I intern at the Weinstein Company in Tribeca for 24 hours a week while taking a total of 18 college credits. I practice three times a week with the St. Francis College women’s tennis team, train another three days with my brother, and compete in matches almost every weekend.

So far I have met Ana Ivanovic, Roger Federer, Andy Murray, Novak Djokovic, and many more. I’ve always wanted to become a professional tennis player but working at the U.S. Open has actually changed my outlook on tennis because I got to see the pros and cons of being a professional player. Playing for a Division 1 team is like having a job, but playing professionally takes a lot of commitment and perseverance.

My team and I also meet twice a week at St. Francis College’s weight training gym before the evening practice, which begins at 6 pm and ends at 8:30 pm on Tuesdays and Thursdays. Friday meets are a little less physical work and more focused on our notes, which we take during our matches. Our notes consist of scores and errors made during our matches and are an overall analysis of what we could improve on for our next performance.

Game days are important because it’s where we take in what we practiced all week long and execute them on the court. I usually listen to music before a match, mostly Eminem because it gets me in my focused zone where I play my best.

Our season hasn’t been a smooth start but there is an entire season ahead of us and we have plenty of time to improve, physically and mentally.

As a college athlete I always ask myself, “Professional tennis or a degree?” but I can’t chose between the two. I am able to experience the best of both worlds. An athlete and a student, and interning at the same time seems nerve racking at first but it teaches you how to balance your time; on and off the court.
< Prev