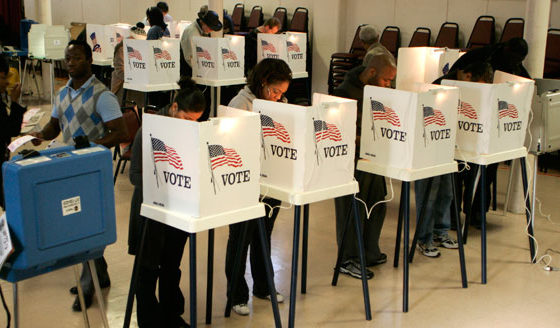 In the year 1776, the phrase “no taxation without representation” was a principle that young people were willing to risk their lives for. Fast forward two hundred and thirty nine years, and the US has a dismal voter turnout among youth. In the 2014 election only 19.9% of people ages 18-29 voted, setting a new record low. So why are young people not voting?

In a survey of St. Francis College students, 46 percent said that they vote in elections and understood the importance of this institution in American society. However, the majority of them said they do not vote. There were several recurring reasons as to why they were not participating.

Among the non-voters were the “uniformed” non-voters. Their primary reason for not participating in elections was because they believed they were uniformed about the politicians running. “I do not pay attention to politics and I don’t want to vote based on what people around me think” said SFC student Karen. This particular group of people would rather refrain from voting than to make an uniformed decision.

Another group was the “I don’t have time to vote” non-voters. One individual, who wished to remain anonymous, stayed true to their claim of being a busy person by answering extremely briefly on all the questions with statements such as “No. Too busy!” and “No. Not interested!” There was also the “lethargic non-voter,” who was just too plain lazy to vote. Though one can’t admire their initiative, one can’t help but admire their honesty.

Despite all the reason for not voting, the most alarming one was the “defeatist non-voter.” This is an underlying theme throughout all the individuals who responded, voter or non-voter. “Although it’s important to vote, I still feel like my vote doesn’t matter…The world will still be a messed up place, with or without my vote” said Ketsia.

Corruption is a main deterrent that keeps these young people from voting. They see corruption as an unstoppable force. “At this point, politics without corruption is like having a body subsist without oxygen; it doesn’t exist” one student wrote. “There is obviously corruption in the system…however, we cannot fix it” responded another. They see corruption as something that can be minimized, but not as something which can be stopped. Even those who identified as voters cite this as a discouraging factor of politics.

How can we change such bleak outlooks on voting?

For starters it would benefit people, especially college students to have election days off. Many are juggling school, work, and family and have no time to vote when election day comes around. If that day was declared a national holiday not only would it clear up everyones busy schedule, but it would also serve as a useful reminder for people that election day is coming. According to The Center For Information and Research on Civic Learning and Engagement, This is the major reason why college students do not vote.

The United States could also begin to fine people who refuse to vote just as countries such as Australia do, forcing all citizens to be involved in their government. There should also be more non-partisan resources readily available to voters so they can make educated decisions on who to vote for.

While much responsibility lies in the system, some of the responsibility lies with the politicians. When asked if they had faith in the people who currently hold office, one individual responded, “Most politicians care more about their positions rather than the people they represent.” It is up to the politicians to convince the youth of their sincerity and their desire to serve the country rather than their desire to win elections.

Recent elections have been more like a circus than educated debates. “Its becoming a joke to some people,” said Danielle. How can we convince young people of the importance of elections when the main debates are held by big media corporations who are more concerned with ratings than they are with fairness and accuracy? What the youth has seen of American politics is it’s slow evolution into an episode of Keeping Up With The Kardashians (complete with Kanye West throwing his hat in the ring for 2020). If these elections are taken more seriously by those who run and cover them, perhaps youth will treat them the same way.

Non-voters, despite refraining from politics, still make up one of the most influential groups in this country. Their decision to remove themselves from politics has almost as much influence as it would if they participated.

The youth of America need to realize that they do, in fact, have the power to change what happens in our government. Non-voters are extremely influential because many of their ideas are part of the national psyche. This group, if not complacent, could have a large influence due to the sheer number of people who think and feel as they do. The thing that allows corruption, that allows lies and dirty politics is a lack of retaliation against it. If the mass of non-voting young people were provoked, and began to vote, it would awaken a sleeping giant and things could change. It is just up to them to discover that.

SFC CLEARS THE WAY FOR SMOKERS
COTTO VS. CANELO: HOW POLITICS CAME INTO PLAY