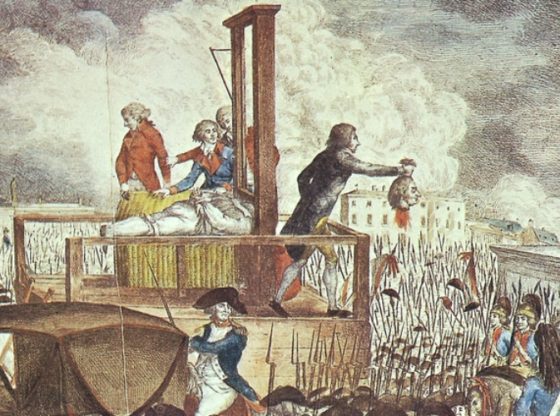 The year 1793 was the most tumultuous year for France and its people. The national razor had executed King Louis XVI and the French people were liberated from the oppressive grasp of absolute monarch rule. When analyzing this time period, foreseeing the demise of the Bourbon dynasty in France would be foolhardy to impugn.

The French monarchs preceding Louis XVI, in particular Louis XIV, had contributed to an immense fissure between the classes of France, conferring complete fiscal supremacy over the peasantry and proletariat class of France, commonly referred to as the Third Estate. The First and Second Estate comprised of Clergy and noblemen respectively, were exempt from paying taxes or assuming any responsibility for the nation’s economic well-being, because of these circumstances, the Third Estate was burdened by a surfeit of payments in taxes and lack of economic relief by the monarchy and privileged classes alike.

Incidentally, the Palace of Versailles created by French architect Jules Mansart in 1682, had been one of Louis XIV’s main centers of concentration, while the majority populace of France (Third Estate) suffered. The Bourbon Kings voluntarily permitted both the noblemen and clergy to maintain prodigious landholdings all throughout France, with emphasis directed towards the First Estate.

It was not Louis XVI who had intentionally exhorted that the Palace of Versailles be constructed in the French countryside detached from the majority of French impoverished people, but Louis XIV. In expounding the harrowing experiences endured by the majority of the French populace, I question whether Louis XVI’s death should have occurred.

Louis XVI had inherited the throne at a truly dysfunctional period of time, all contempt for the French monarchy had been gradually increasing and Louis XVI happened to acquire the French throne at the most inopportune time. I would urge those who read this article to always question and evaluate the actions of people, Louis XVI’s execution on January 21st, 1793, was by misdirected ire, from a people who had endured incessant neglect by their own government for a century or so.

Although I would dispute the viability of Louis XVI’s untimely end by the hands of the French people, he was partially responsible for his own usurping. By eschewing from compromise with the unprivileged class and inattention to the natural rights of his subjects. The French people were justified in their anger, but were erroneous in action.

Fire and Ice; Death of the Titanic
International Day of Awesomeness