THE HOME RUN THAT LIFTED A CITY 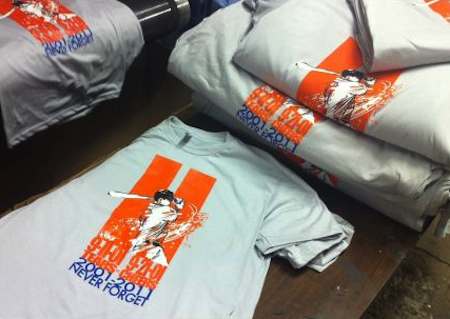 The city that never sleeps will never forget 9/11/01 or Mike Piazza’s homerun that took the lead for the Mets in a 3-2 win over the Atlanta Braves on September 21st, 2001.

It was the first sporting event held in New York City after the attacks of 9/11 which could not have come any sooner to help New Yorkers and other victims find refuge.

Todd Zeile, an infielder for the Mets at the time said, “It was like New York saying to the world, we are going to be OK. You can hit us, but you can’t keep us down.”

On September 21st, 2001 the Mets were scheduled to play the Braves, their rivals of the NL East in the middle of a pennant race; a game that became much bigger than its initial purpose.

All sporting events around the United States were postponed by default as our nation was under attack.

The sports world continued to play, starting with one of the most memorable Mets game in the teams’ history.

The first few innings took its toll on the players and the audience as emotions were on full display until the bottom of the 8th where one swing of the bat changed everything.

In the bottom of the 8th inning, Mets catcher Mike Piazza hit the most uplifting homeruns of his career on an 0-1 count over the centerfield wall, giving the Mets a 3-2 lead.

“I’m just so happy I gave the people something to cheer. There was a lot of emotion. It was just a surreal sort of energy out there. I’m just so proud to be a part of it tonight.”

Mike Piazza and the Mets did not just earn a win over the Braves as professional athletes, they participated in the healing process of the New York area. Every team that represented the state of New York had the pressure to win their respective games to give our city hope that there are better days ahead of us.

The significance of winning a simple baseball game proves just how much of a role sports play in our lives.

As people of the 21st century living in the United States, life takes us through it all. Every day brings something new.

No matter how much our lives change for the better or worse, there is no greater feeling than being a fan.

Sports give us the opportunity to be a critic. It allows us to escape from our everyday lives and be a part of our favorite team.
Sports inspire us to carry on the traditions of the greats we watched on their respective fields, courts or hardwood.The athletes of today play a much bigger role than just hauling in a pass or shooting a jump shot.

Mike Piazza uplifted an entire city with one swing.

THE TRIPLE THREAT
MARION PUTS MEXICO ON THE WORLD STAGE