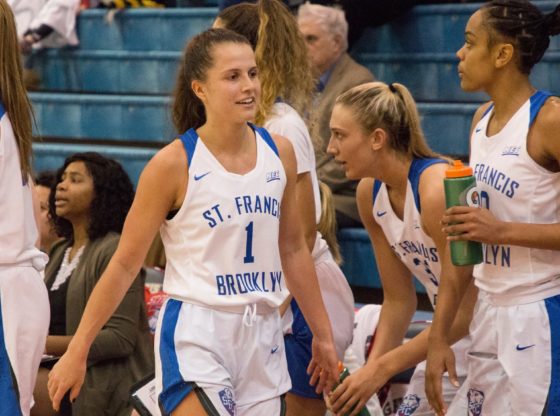 From being a transfer student last season coming out of Cowley College, to having one of the best single seasons in St. Francis College basketball history. Senior captain Amy O’Neill has made a name for herself as one of the best passers this season in NCAA Division 1 women’s basketball.

Amy has gone from breaking records, to making history by becoming the first player to record a triple-double while wearing a Terrier uniform which occured on February 2nd, 2019 against Sacred Heart University.

The point guard from Melbourne, Australia is currently averaging 8.3 assists per game which places her tied for 1st in the NCAA in assists per game, along with Junior guard Tiana Mangakahia from Syracuse University. O’Neill has dished out a total of 207 assists this season which ranks her third in the NCAA in total assists.

Amy O’Neill has used her passing ability to help the Terriers obtain a 15-10 overall record and 9-4 record in the NEC so far this season. The Terriers have the potential of making more history by officially earning the 2nd place seed in the Northeast conference. They have already clinched a playoff spot and are tied in 2nd place with Saint Francis (PA) and Sacred Heart University.