OPINION – College Admissions Scandal: What It Says About Meritocracy in America

Home /News/OPINION – College Admissions Scandal: What It Says About Meritocracy in America 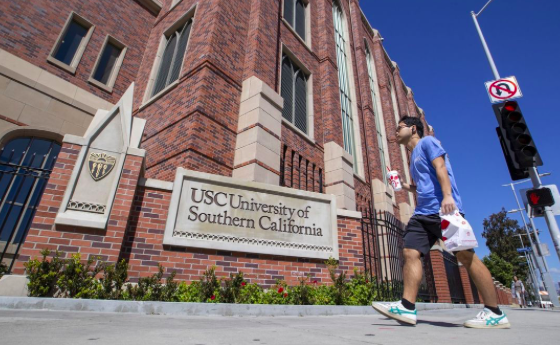 On March 12th, federal prosecutors charged fifty people in a large-scale college admissions bribery scheme. From top business executives to Hollywood actresses, these wealthy individuals appear to have bought their children’s way into some of the nation’s most elite universities, and did so with the help of college officials themselves.

This scheme, labeled the largest college admissions scam ever prosecuted, had been happening for a long time behind closed doors and only came to light as investigators were looking into a completely separate case of fraud. Alleged actions include paying millions of dollars in bribes to college administrators, most notably athletic coaches, tampering with test scores to make them higher, having someone else take entrance exams in the place of the student, and doctoring photos.

William Singer is said to be the mastermind behind this plot to buy wealthy students’ way into elite universities. Singer operated his company The Key Worldwide Foundation, otherwise known simple as The Key, which served as the channel for incognito bribes.

The supposed “charity” donations given to The Key by wealthy parents to “provide educational and self-enrichment programs to disadvantaged youth,” (as stated by the non-profit), went towards bribing coaches at these elite schools in many instances. These coaches would then fictitiously “recruit” the children of these donors as athletes on various sports team, all the while many of them had never participated in the sport.

The biggest example of this which has received intense media coverage, is the case of “Full House” actress Lori Laughlin and her husband, Mossimo Giannulli, who allegedly paid $500,000 in bribes to have their daughters admitted to USC as members of the rowing team. Neither of the girls has ever rowed in their life.

The charges being brought against these wealthy parents, including Laughlin, as well as actress Felicity Huffman, are bribery and racketeering for the purpose of unlawfully having their children admitted to top-tier schools.

Singer, who was paid around $25 million over the course of the scheme, has plead guilty to four charges: racketeering conspiracy, money laundering conspiracy, conspiracy to defraud the United States, and obstruction of justice, and is potentially looking at up to 65 years in prison, as well as a $1.25 million fine.

The numerous prestigious schools caught in this scheme, which was codenamed “Operation Varsity Blues,” are USC, UCLA, Georgetown, Yale, Stanford, The University of Texas, and Wake Forest University.

As a result of the cheating scandal, parents and students are angry, appalled, and disheartened over the fact that money has been placed before merit. In fact, many are beginning to question just how much merit matters after all when it comes to achieving admissions to these elite schools. Does meritocracy truly exist in America, or is it a myth?

Meritocracy is a social system or society in which progress is made, and success is achieved by virtue of one’s abilities, talent, and to put it simply, merit. So a society following the meritocracy model prioritizes and urges higher education as the means for upward, social class mobility.

America has long been considered the land of opportunity: a place where someone with nothing can work hard, get an education, and make a name for themselves, and ideally by themselves. Claiming credit for your own achievements and success, and the entire attitude of “I got where I am today by virtue of me and my hard work” is an extremely American thing to do.

It is a pride cherished here in America, but in the wake of this scandal, the coveted façade of meritocracy is being lifted, and what’s underneath isn’t as admirable.

This cheating scheme has proved for a fact that meritocracy in America is largely a myth, as the ultra-rich buy access to elite institutions that pride themselves on their selectivity based on merit to the rest of society. Yet, these same institutions are streamlining rich kids through their system who have not earned their spot based on merit. In fact, many of these students have grades and standardized test scores far below what is the norm at these top-tier schools.

Thus, not only are these children remaining at the very top of our class based society, they are doing so unethically as their merit has played no role, and on the contrary, would limit their access to higher opportunities if all things were equal.

The answer to this is the distinction between what they are using their money for. In the case of “Varsity Blues,” wealthy parents weren’t buying their kids access to the best test prep services and tutors. That, though still reflecting a disparate inequality of opportunity, would be completely valid and much more meritocratic.

When this is done, as it is by the majority of upper-class families when they send their kids to private prep schools, enroll them in expensive test prep programs, and hire private tutors, a system based on merit is technically in place. These students reap the benefit that is an education at a prestigious institution due to their merit, although their merit was attained by means of a financial upper hand.

Instead, this scandal involved buying slots at schools directly, with little regard for the fact that the students weren’t qualified, and even less concern with the fact that hard-working students with the qualifications and merit to attend these schools, were turned away as a result.

Moreover, the rejection of deserving students who otherwise would’ve been accepted if someone else’s parents hadn’t bought a seat in the class is a great concern here. Many of these students are likely coming from more modest socioeconomic backgrounds, and for them higher education is the key upwards.

The fact of the matter is, a degree doesn’t have the same value for someone who comes from money than it does for someone coming from the very bottom of the socioeconomic ladder. It is just not needed for success, nor for a livelihood at the most basic level, like it is for less privileged students.

It is these students that would benefit from a prestigious college education much more than their wealthy counterparts who, by virtue of their families, are locked into the upper class. The majority of others are trying to get there, and these students have only their merit to rely on to do so.

And so it is then evident that meritocracy in America is largely a myth, due to it’s being applicable to only a certain segment of the population – those who need to rely on their merit to propel themselves forward, and that at best. There are of course success stories of those who achieved incredible social mobility due to their merit, and yes, this goes to show a meritocratic system is in place.

But for every one that did rely on merit and solely that to advance themselves, there are many others that didn’t obtain the same success doing the same thing, instead discovering that they’d been lied to. Merit does not come before money, and the college admissions scandal has shown us that blatantly.

Society, like a college, only has so many spots available in the highest social class, and they are for those at the very top: those encompassing an elite class, that are viewed by the rest of us as the very brightest who can serve as leaders. In a meritocracy, those positions in society, like those spots in a college, would go to those who truly deserve it.

When those spots in a college are bought, merit is cast aside, and the amount of space for those who have actually earned them shrinks. The same goes for the top positions in a society. These positions are bought when the very institutions of

higher learning that produce these intelligent leaders are bought, consequently leaving less availability for those qualified to be there.

That is the story of meritocracy in America. It is a system that is avoided by those with the ability to buy their way out of it, and who then remains at the top, seemingly renewing their status there with each generation. And sadly, the byproduct of this is the diminishing of opportunity for those whose merit has truly qualified them for a spot, further breeding suboptimal meritocratic results where only some are rewarded for their hard work and capabilities, while others are left at the bottom