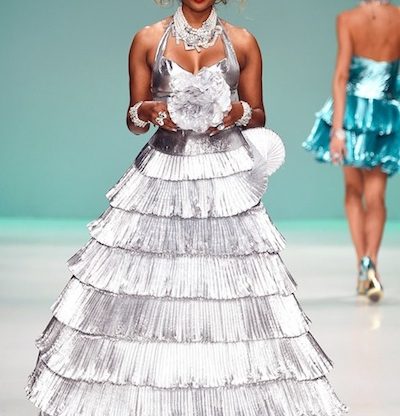 New York City’s 2014 Fashion Week began September 4th and ended one short week later on September 11th. The week may have come to a halt, but some of the designs shown might live on forever.

Fashion Week is the time of the year when some of the biggest names in design travel to New York to showcase their work. Not only do they display their work in runway shows, but also to potential buyers and the media. Fashion week is a great way for artists to put their latest trends on display for the upcoming fall and winter season, as the summer comes to a close.

In the midst of all these designers, there are some trends you can’t miss. These include bold shades, crisp colors, crazy prints, and even some boyfriend or men’s wear inspired pieces.

A particular runway designer who stole the show was Betsey Johnson. Known for her quirkiness and positive energy, she didn’t fail to disappoint. While her pieces may not be something you can wear every day, or any day for that matter, the meaning behind her designs were very clear.

Betsey Johnson’s pieces represented marriage equality for everyone. She had male and female models walking down the runway in wedding dresses, as well as America’s Next Top Model contestant Isis who is a transgender model.

To help wrap up the week, one of the biggest events hit Fashion Week 2014; the annual “Fashion Rocks”, a live two-hour televised event held at Brooklyn’s very own Barclays Center. Hosted by Ryan Seacrest, the show featured some of the world’s biggest artists, such as Usher, Pitbull, Jennifer Lopez, Nicki Minaj, Rita Ora, and Luke Bryan.