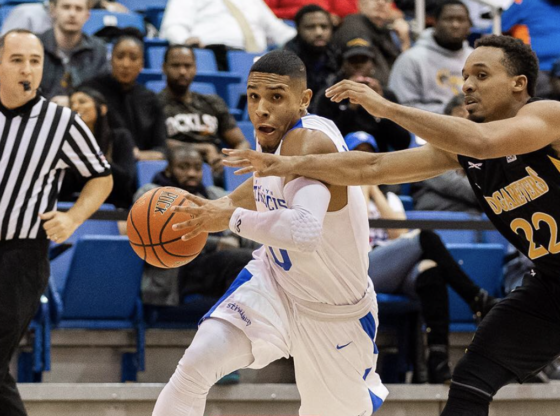 Earlier this evening, the St. Francis Men’s Basketball team played their first game of the regular season as they defeated Medgar Evers College in a score of 92-42.

After the game, Jalen Jordan said to the Terrier Sports Network: “It was exciting, it was good to be out there on the court and to play with my teammates.”

The Terriers went on a 21-2 run early on in the game and led the game ever since. The team played well defensively throughout the game as they had a team total of 9 blocks, 12 steals, and 29 points scored off of turnovers.

“We had intensity in the first half defensively,” said Coach Glenn Braica to the Terrier Sports Network. “The new guys, they have some toughness about them and I think we’re going to be alright.”

This win was their first season opener win at home since the 2007-08 season. The Men’s basketball team will continue their season this Sunday at 1 pm as they go up against Boston College.