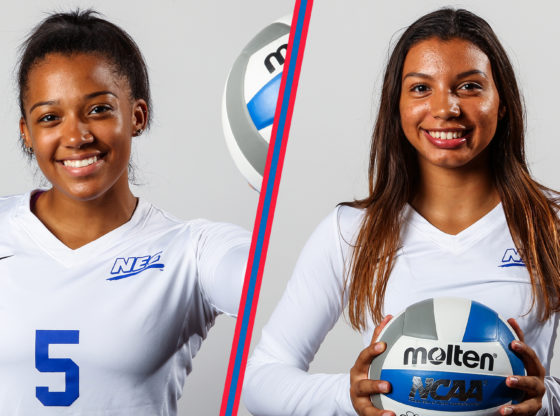 It was announced on Monday that two of St. Francis College’s (SFC) volleyball players swept the weekly awards in the Northeast Conference (NEC) for this past week.

The Terriers Volleyball team continues to make history as this has been the first time in program history that the Terriers have swept the NEC volleyball weekly awards.

After playing 2 games this past weekend, Lauren Montgomery averaged a total of 38 kills, 3.8 kills per set, and a .341 hitting percentage.

This Player of the Week award was the first award that Montgomery had received since joining the program last season.

Kizzy Rodriguez helped the team extend their winning streak as she averaged a total of 62 digs and 3.8 digs per set in both matches this past weekend.

Kizzy is the first NEC student athlete to be named both Defensive Player of the Week and Rookie of the Week since October of 2013.