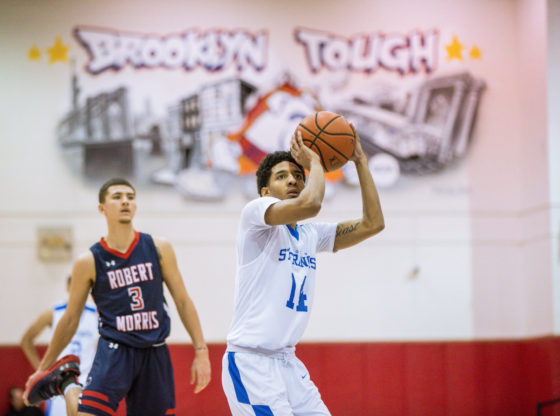 Yannis Mendy had 13 points with 9 rebounds for Robert Morris while reserve foward Malik Pettaway came off the bench to score 13 points as well.

Jalen Jordan scored 14 points and Glenn Sanabria would add 15 points for St. Francis, who have now lost two conference games on the season (1-2).

Keon Williams drove to the basketball and scored a layup to get St. Francis to a 49-46 lead with 1:56 remaining.

Though that would be the last lead on behalf of St. Francis for the night.

Charles Bain came down with a rebound off a missed 3 by Matty McConell and tried to put it back up with 4.2 seconds left. Bain would get fouled and hit two free throws to get Robert Morris ahead 52-49.

With 4 seconds left, Chauncey Hawkins would receive an inbounds pass and get fouled while trying to dribble up court. Hawkins was given a 1-and-1 at the line but would end up missing the first attempt. The ball bounced off the rim and into the heands of Pettaway as time expired.

St. Francis Brooklyn will look to bounce back against St. Francis (PA) tomorrow at 4:00 p.m. at Generoso Pope Athletic Complex.