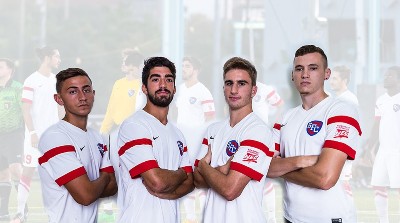 The two teams had last met on September 9, 2015, when the Terriers also won 1-0 in double overtime.

Both teams put forth good defense for the entire match.

It wasn’t until the second round of overtime that the Terriers were able to get a goal past their opponent. With 4:41 left, sophomore midfielder Dijiby Sarr scored the game-winning goal.

Terriers senior goalie Seth Erdman made five saves, while Leopards junior goalie Brad Seeber made one. The two teams made ten shots each.

The teams also made 14 fouls each.

The Terriers will seek another victory Wednesday when they face the University of Rhode Island Rams for their home opener on SABA Soccer Night.

The teams will match up on Brooklyn Bridge Park’s Pier 5 at 7 pm.