Home /News, Sports/Terriers outclass Bryant 3-0 and are back into the run for playoff 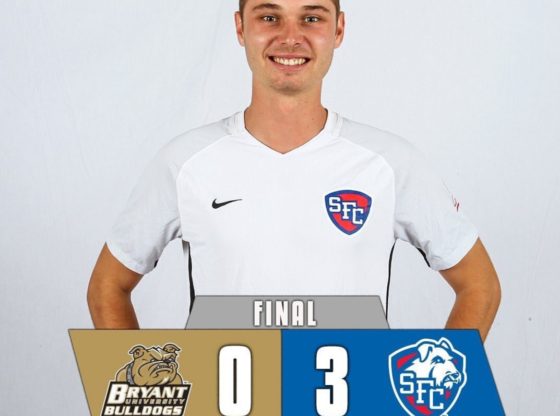 The negative streak of three defeats in a row has been stopped and, with this victory, Terriers are back into the running for the playoffs, with a record of (2-3-0) in NEC.

The coveted fourth place playoff spot is currently only one point away, but many teams are contending.

With four matches remaining to play in the conference, Terriers must collect as many points as possible to have a chance.

It’s the sixth goal this season for the striker from Morocco.

In the 30th minute, just three minutes after Youssoufi’s goal, Terriers found the back of the net again with senior midfielder Rahmi Shawki, who capitalized on a superb cross by junior defender Yoann Assoumin.

The match was closed in the 88th minute by Vicente Gallardo’s first goal as a Terrier, off a cross from junior defender Edoardo Belfanti.

Senior defender Marco Torriani made his season debut, and logged 13 minutes of play.