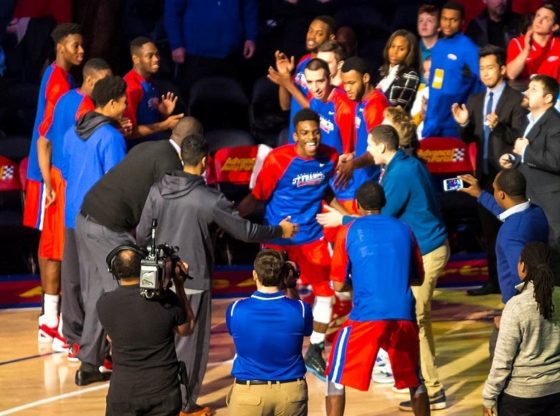 And now, the real season begins.

The St. Francis Terriers men’s basketball team (4-9) is set to begin the second half of their 2015-16 regular season campaign against the Fairleigh Dickinson Knights (4-7). This encounter will mark the first of the Northeast Conference portion of each team’s respective schedule.

Both teams have had their fair share of early struggles, but when taking strength of schedule into consideration, each team will be looking to carry over some positives from their showings over the course of the first two months.

Coming into this contest having lost three of their last five, the Knights were able to squeeze out two ‘down to the wire’ victories in mid-December.

The Knights defeated the Lafayette Leopards in a 91-89 overtime road win on December 9 despite trailing in regulation for most of the final few minutes. Nine days later they returned to their New Jersey home and defeated the Towson Tigers behind the fingertips of Marques Townes, who hit the go-ahead lay-up with five seconds to go; the final was 69-68.

Interestingly enough, the aforementioned Leopards serve as one of two mutual opponents for the Terriers and Knights. The Boys from Brooklyn previously defeated the Leopards in their Easton, Pennsylvania backyard 69-62 in regulation on December 2, exactly one week before the Leopards took the Knights into overtime.

The Terriers also loss to the Saint Peter’s Peacocks 56-45 on December 23, close to one month after the Knights slugged the Peacocks at home, 77-62.

Senior guard Tyreek Jewell has served as the Terriers leading scorer thus far in their 2015-16 campaign, and he’s upped his level of play in recent games. Jewell’s team-leading 12.0 points per game is backed by a current eight-game surge which has seen Jewell net 14.5 points per contest during this span.

Jewell has also been getting it done on the glass by averaging 7.5 rebounds per game in his last six, putting his mark for the season at 5.4 boards per.

Senior forward Chris Hooper follows Jewell as the team’s second leading scorer with 10.5 points per game, and is also one of the Terriers leading rebounds by averaging 5.2 boards.

Hooper poured in a career-high 17 points in the Terriers most recent game, a 71-66 loss to the Albany Great Danes. Hooper has also averaged 11.9 points and 5.4 rebounds in his last nine games.

It’s been the underclassmen that have helped drive the efforts of the Knights so far as sophomores Darian Anderson and Earl Potts Jr. have been two key standouts.

Anderson, the team’s starting point guard, is currently second on the team with 13.8 points per game, but is the leading dime dropper with 3.8 assists per contest.

The 6-foot-1 floor general has broken the 20-point plateau in three separate games, his season-high being a 23-point performance in the previously mentioned overtime win over Lafayette. Additionally, Anderson also leads the Knights with 27 steals, giving him 2.5 per game.

Potts Jr. is the team’s leading scorer and rebounder with 15.0 points and 5.3 boards per game respectively. By shooting 48.8% from the field and nailing 18-of-54 from deep (33.3%), the 6-foot-6 wingman has presented himself as a threat from anywhere on the floor.

Like his team and classmate Anderson, Potts Jr. has also reached 20 points in three separate contests, highlighted by a 29-point breakout showing in a 79-70 loss against Temple on December 2.

The two sophomores will lead the Knights as they look to protect their home floor against the visiting Terriers to open up NEC play. The two team’s will tip-off on Saturday, January 2 at 4:30 p.m.

The live broadcast will air on NEC Front Row’s digital stream from the Knight’s home in Teaneck, New Jersey.